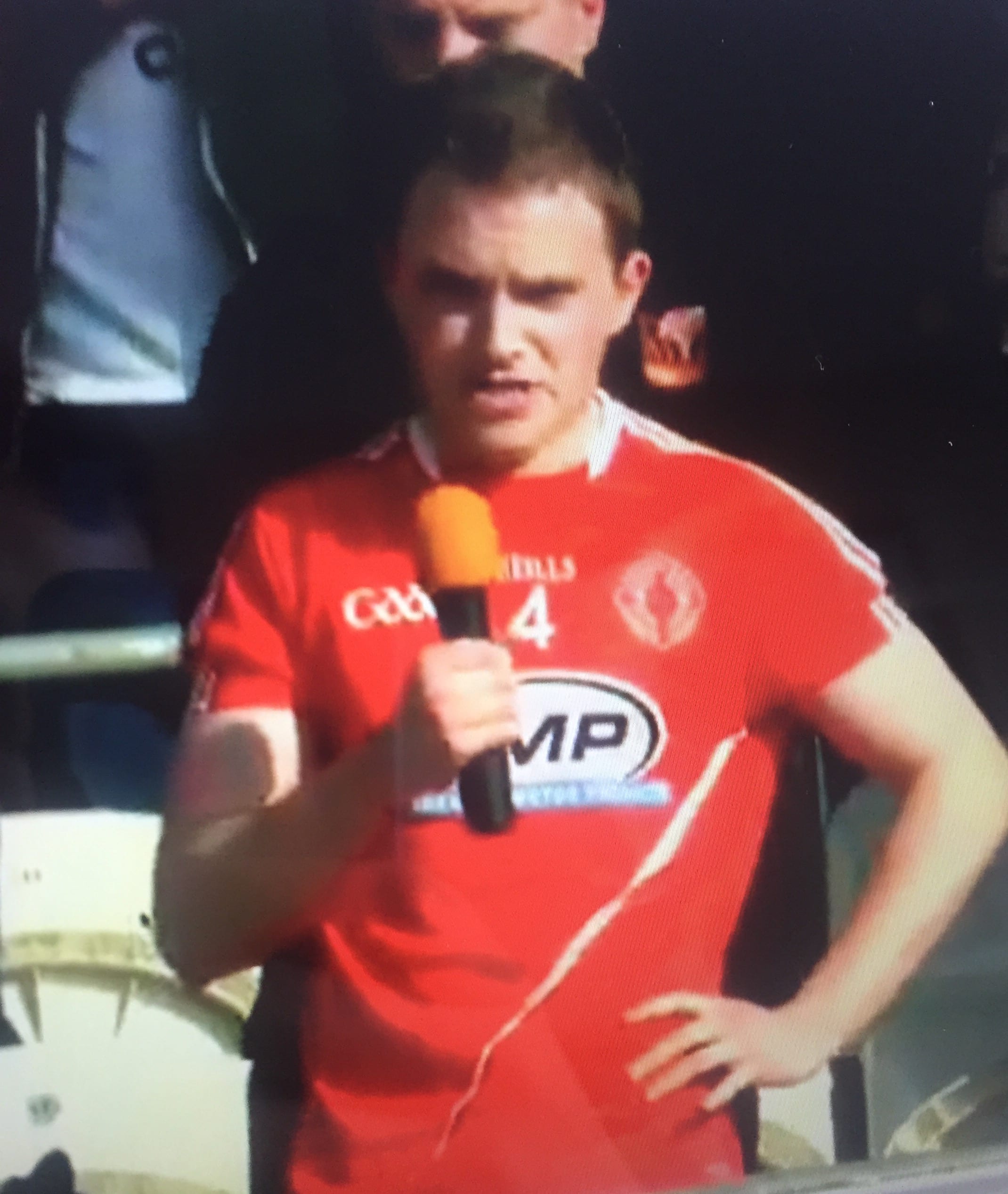 Tullysaran clinched their first ever Club Championship title with a deserved victory over Clonmore today at the Athletic Grounds.

Tullysaran came into this match in a determined manner. They rattled Clonmore’s cages from the very start – knocking over their first score through Ciaran Mullen on the 3rd minute.

Points from Patrick Comiskey and Eddie Mallon helped Tullysaran build a very healthy 0-04 to 0-00 lead after 16 minutes – and it was beginning to look like it was going to be a very one sided affair.

Clonmore captain, James Grimley, had the opportunity to get his sides first score with a free kick 19 minutes but knocked a poor wide of the right hand post – one minute later Ryan O’Hagan took over on set piece duty and made no mistake with his.

O’Hagan’s point triggered Clonmore’s brightest spell of the game. The full forward grabbed his second after Grimley had been fouled, and a third free kick brought them back to within two points of the leaders after Grimley was hassled again.

Tullysaran’s ill-discipline was beginning to like it was going to become a real problem as half time approached. Not only were they giving free kicks but they were punished for protesting with referee decisions and free kicks were being moved forward.

Two free kicks from O’Hagan within a minute of each other left Tullysaran ahead by just one single point. Those two free kicks meant that each of Clonmore’s five points in the first half came from frees.

Tullysaran’s corner back, Ciaran O’Riordan, stayed calm to slot over a free of his own just on the half time whistle to help restore a two point lead.

The Tullysaran men must have received one motivating team talk at the break because they came out flying in the second half.

Ciaran O’Riordan swung in a free from the right, which was a major mishit – but fortunately Patrick Comiskey was alert in the minute – and he latched on to the loose ball, bundling it into the net with his fist.

O’Riordan added another two and the boys in red were coasting. The game did become a slightly scrappy affair after, but Tullysaran weren’t complaining because the difference on the scoresheet was staying the same while the minutes were clocking by.

Eddie Mallon began to cause major problems for Clonmore, knocking over a score after a fine counter attack and earning a free kick soon after which was converted by the ever reliable Ciaran O’Riordan.

Another free kick from O’Hagan on the 51st minute pulled one back for Clonmore. It was their third of the half but unfortunately it turned out to be their last.

Eddie Mallon rounded off a historic day for Tullysaran with a glorious point dancing and teasing Clonmore’s defenders before tapping over, which left the full time score Tullysaran 1-13 Clomore 0-08.

Ciaran Mullen, Eddie Mallon and Ciaran O’Riordan were definitely Tullysaran’s top men today, worth giving Kevin Hannaway a mention too as he managed to keep a firm hold of James Grimley in the second half. But overall a fine performance from Tullysaran – no longer that “nearly” team anymore