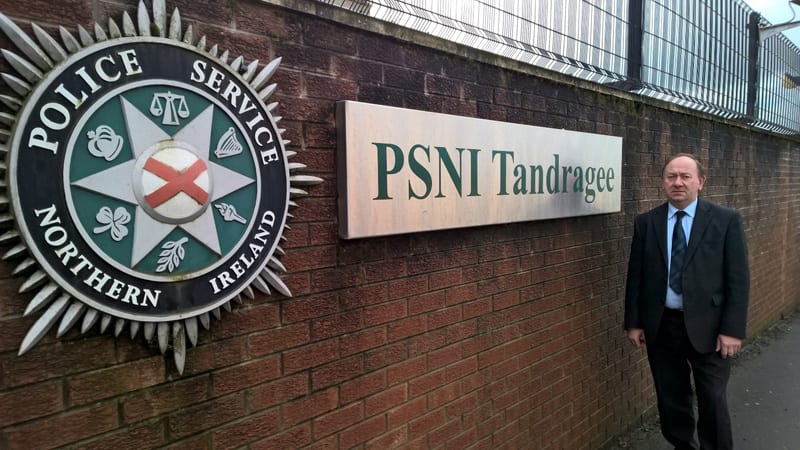 Tandragee police station could set to be axed as part of sweeping changes made as a result of continued budget cuts.

The closure would be a huge backward step in “visible, accessible and responsive policing” said DUP Assemblyman William Irwin

He said he had received a number of representations from sources within the PSNI which pointed strongly to the possibility that the station is ear marked for closure.

“The information I have received is alarming, as it is not that long ago since a similar situation occurred with the station in Markethill,” he said.

“Since the unfortunate closure of the Markethill station, the cuts to Policing really have been dramatic across the board and I feel strongly that the stripping back of resources in this way is detrimental to what the public want to see which is visible, accessible and responsive policing.

“In addition to the local neighbourhood policing team a number of other units and departments are located within Tandragee station and to lose these all from the town would be a huge blow.”

He continued: “Earmarking Tandragee station for closure would be a serious set-back and really would be a green light for criminals who already operate with a worrying degree of confidence throughout the district.

There have been a number of recent incidents locally in the Tandragee area where homes have been burgled and around Markethill vehicles have been stolen and attempted to be stolen in recent days.” “Inevitably response times will also increase if the station closes, as first responders will have much further to travel. The PSNI policy of centralisation and closures needs to be reviewed urgently as officers become further removed from the very communities they are supposed to protect and serve.

“I have continually said in relation to rural crime, that those criminal elements involved in this illegal pursuit are acting with a degree of confidence of evading capture and that is the flip side of a policy of reducing visible Police resources, such as vital rural local stations and adjusting the Policing approach in regards to intensive neighbourhood policing.”

He concluded: “I will be raising my concerns strongly with the Chief Constable over these plans and I am very concerned that the PSNI are simply using the current financial climate as an excuse to drive through change that had already been decided upon some time ago. I am aware that my Armagh Council colleagues Cllr. Gareth Wilson and Cllr. Lavelle McIlwrath will also be making their concerns known at the next meeting of the Policing Community Safety Partnership.”

Assistant Chief Constable Stephen Martin, who is responsible for District Policing, speaking recently, said: “On April 1 we will move from the existing seven policing districts to 11, but we need to do this while facing the reality that, with less money and fewer officers, we cannot simply replicate our existing district structures.

“The new 11 districts, while leaner and more streamlined, will continue to focus on local priorities. Area co-ordinating tiers will provide support and additional resources to help deal with those priorities and emerging threat, risk and harm issues.

“This year we had to cut over £38m from our budget and next year’s reductions will also be in the region of £40m.”