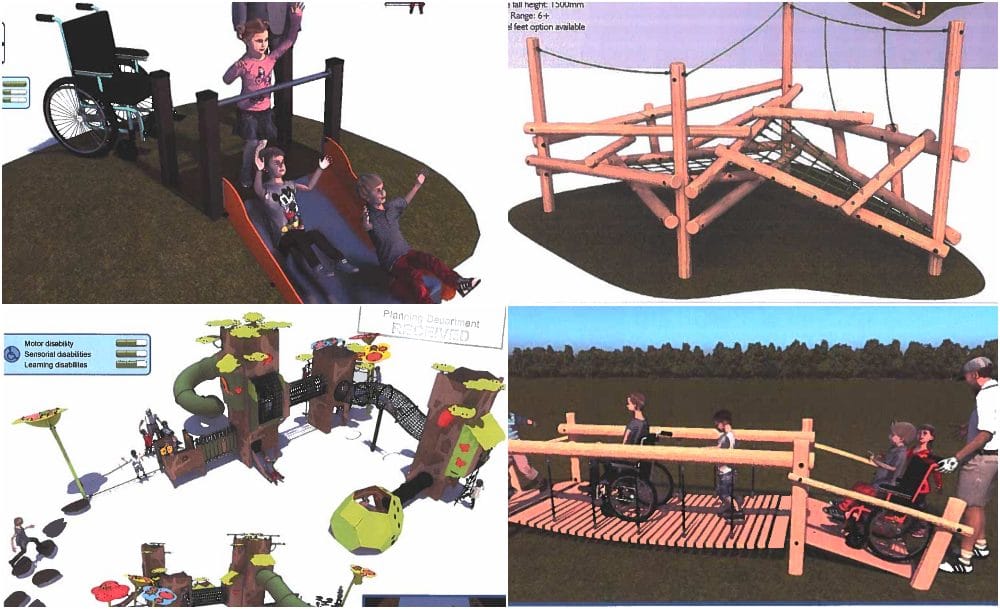 An overview of the proposed refurbishment of Scarva Play Park

An upgrade to Scarva Play Park has been given the green light, with new play equipment set to be installed.

The application to refurbish and expand the park was approved by Armagh City, Banbridge and Craigavon Borough Council’s planning committee on Wednesday.

The site’s existing fencing will be removed and replaced by grass embankments.

Councillor Declan McAlinden asked if there was adequate disabled parking provision and was told the existing car park, with identified disabled bays, is situated 70m from the existing play park but the officer confirmed there is a pedestrian walkway to the play park.

Lord Mayor, Alderman Glenn Barr said it was good to see the play park being updated and that he hoped it would not be the last park updated in line with council’s play strategy. Chair of the committee, Councillor Peter Lavery said it was clear some of the equipment at the play park “looks a bit tired” and said it would be “good to see” this refurbishment come to fruition.

Councillor Ian Wilson put forward the proposal to accept the recommendation to approve the application.

“Saying the facilities are tired is putting it mildly,” he said. “This park has been crying out for an upgrade for a number of years. It is a very busy play park used by the Scarva residents and this investment is most welcome.”

Councillor Sam Nicholson seconded the proposal and said it was great to see lots of different areas across the borough “getting improved play parks” and the committee voiced its approval for the proposal.