Tandragee Twelfth: All you need to know ahead of world’s largest gathering of Orangemen 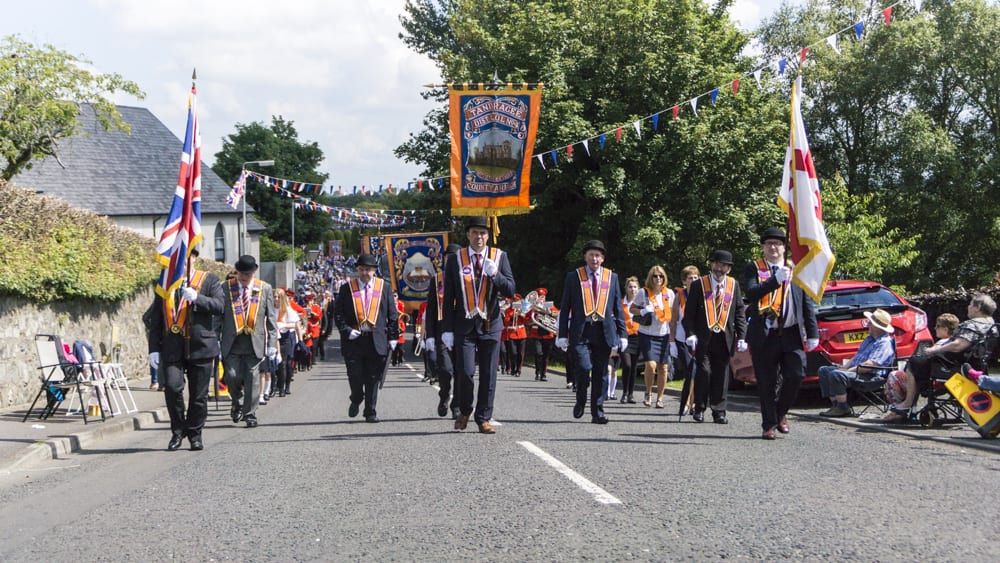 The Co. Armagh Twelfth Demonstration is now firmly established as the largest gathering of Orangemen on the day and encompasses the full range of the Orange family.

Eleven District Lodges will be on parade, with a total of 151 Private Lodges and almost 5,000 brethren; in addition, ladies from the Women’s Association will take part, along with several Junior Boys and Junior Girls Lodges.

The Armagh Demonstration normally attracts upwards of 20,000 spectators, including some from across the Border.

Approximately 65 bands will accompany the Lodges and some of the finest Pipe, Accordion, Silver and Flute Bands in the country will be on parade.

There are always approximately four Scottish bands on parade at the Co. Armagh demonstration and as the “County of the Diamond” is renowned for the Lambeg Drum, dozens will accompany the Lodges especially if the weather is good.

There will be at least three new banners carried on the “12th” this year, namely those of Greenisland True Blues LOL 10, Portadown District; Scarva Sons of William LOL 60, Tandragee District; and Corkley LOL 219, Keady District.

The County Armagh Twelfth rotates around the District Lodges in an eleven-year cycle and this year it is the turn of Tandragee District LOL No. 4 to host the celebrations.

The District is quite geographically widespread, with 21 Private Lodges and over 650 brethren; the District area encompasses the villages of Laurelvale, Poyntzpass and historic Scarva.

The District has the proud distinction of being the only one to hold a unique ceremony each 12th morning – the “Forming of The Ring”.

The local Lodges form a circle in The Square at the top of the town with their brethren and banners; the Lodge Bibles and Mallets are then set on the ground in front of each Lodge and an Act of Remembrance takes place including the laying of wreathes on the local War Memorial.

The Lodges of the host District will assemble in The Square from 8.45am and joined by County Grand Lodge Officers, will form “The Ring”.

They will then process to the junction of the Portadown Road to meet the visiting Districts who will have reached that point from the Assembly Field on the Armagh Road. The main parade, headed by Mavemacullen Accordion Band, will then commence at approximately 9.45am.

Tandragee District will be followed by Richhill, Killylea, Portadown, Keady and Lurgan Districts; the remainder of the Districts, namely, Armagh, Markethill, Newtownhamilton, Bessbrook and Loughgall will parade from the Assembly Field as they arrive, and by 12.45pm, all Districts should be in the Demonstration Field.

The Chair will be taken at 1.45pm by the County Grand Master, Denis J. Watson, and proceedings will commence with the traditional religious service, conducted by Rev. Dr. Alan McCann, County Grand Chaplain. The Address will be given by Pastor Gordon Graham, Tandragee District Chaplain.

The renowned mezzo-soprano, Emma Brown, will lead the praise and perform a solo during the proceedings. She was born in Nottingham and studied music at the University of Cambridge before moving to the Netherlands to study at the Royal Conservatoire in The Hague. She now works internationally as a solo performer.

The return parade is scheduled to commence from the Demonstration Field at 3pm, with Killylea District LOL No. 7 being the first to leave. 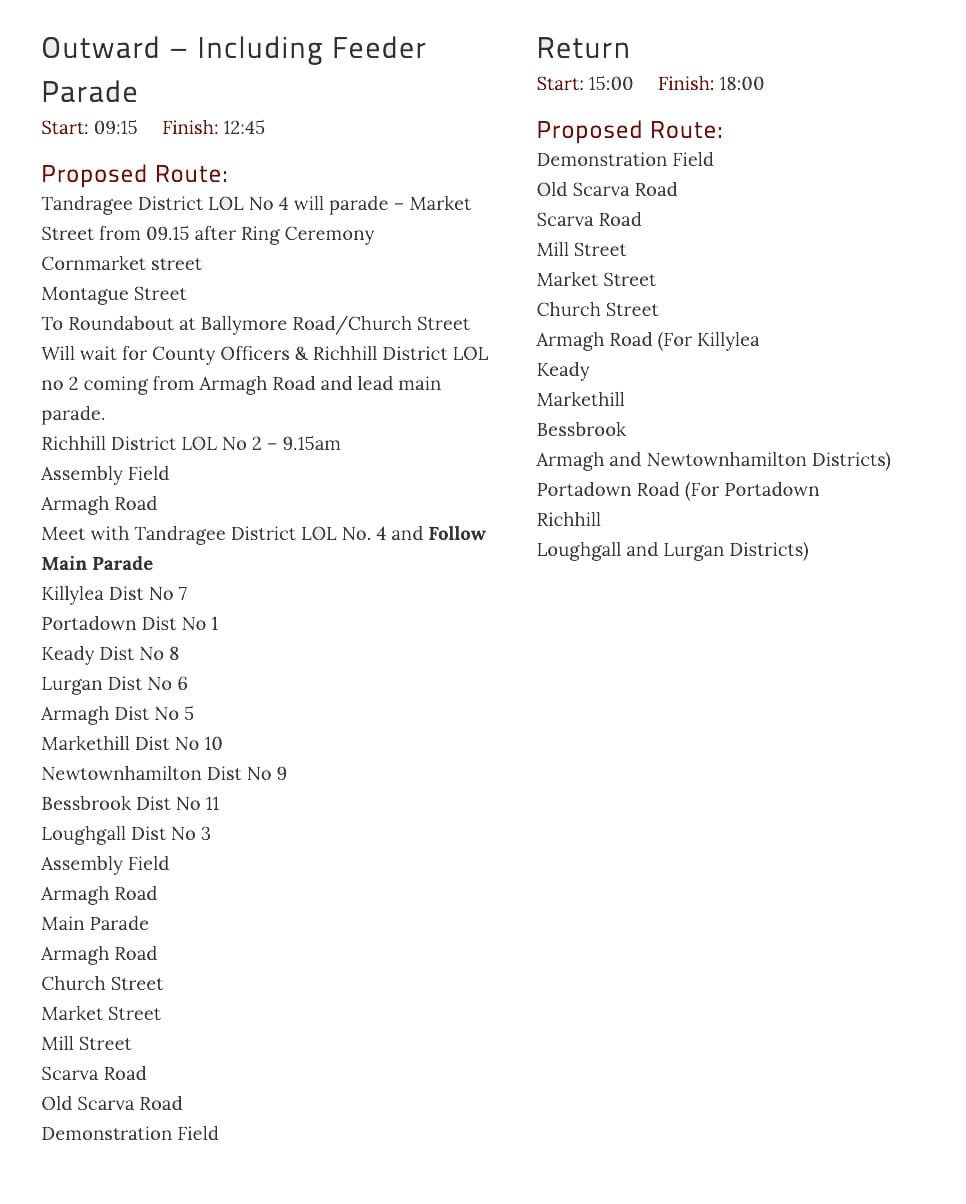