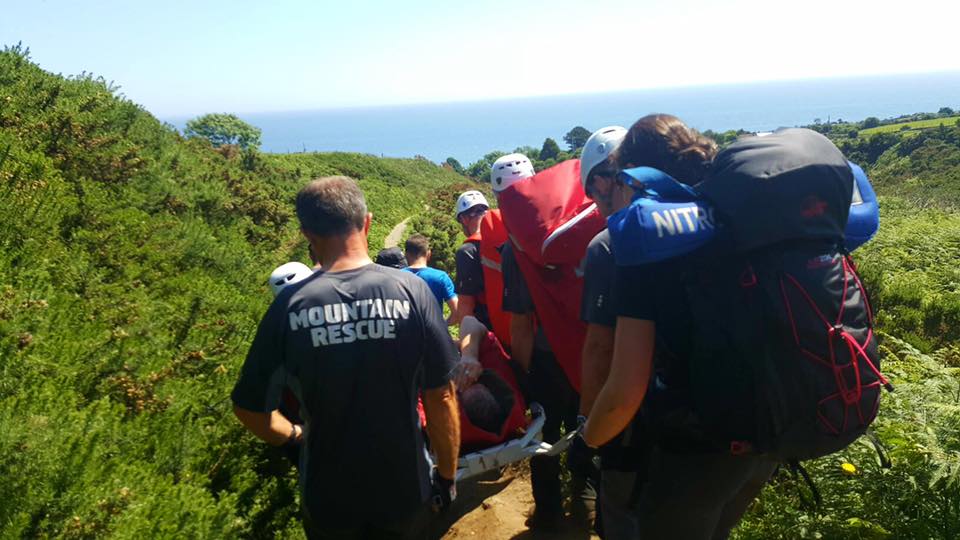 Four Tandragee Scouts have been hailed local heroes after helping in the rescue of a man injured while walking in the Mournes this week.

The boys – all members of the 1st Tandragee Scout Group – discovered the man who had sustained a lower leg injury.

They had been in the area of the Bloody Bridge track and were cut off with no contact via mobile phone or walkie talkie.

They put their motto ‘Be Prepared’ into action when they rendered First Aid by availing of what they had to hand.

They used their neck scarves to help render basic aid to the injured man, before fashioning a stretcher out of their equipment and carrying him further down the mountain to where they could summon help from the Mourne Mountain Rescue Team.

The boys have been praised for their quick thinking after details of the rescue – which happened on Saturday – were made known.

They have made their Scout group and their parents and families very proud by their actions.

Armagh Lord Mayor Gareth Wilson has congratulated the boys for their quick-thinking under pressure.

“Well done to the group of lads who put all their skills into action making the man comfortable and then making a stretcher to get him to an accessible spot, where there was phone signal, in order for the call to be made to Mourne Mountain Rescue Team to have the man recovered,” he said.

“What a great story of Scouts doing what they do best! Brilliant work and great credit to the team of Scout Leaders who clearly taught the lads so well!”

Ten members of the Mourne Mountain Rescue Team assisted in bringing the man down from the mountain where he was taken to hospital by ambulance for treatment to leg injuries.