Marie admits to have given her son a cut which 'ended up like a saucer on the top' before sensibly adding: 'I am just leaving my own hair' 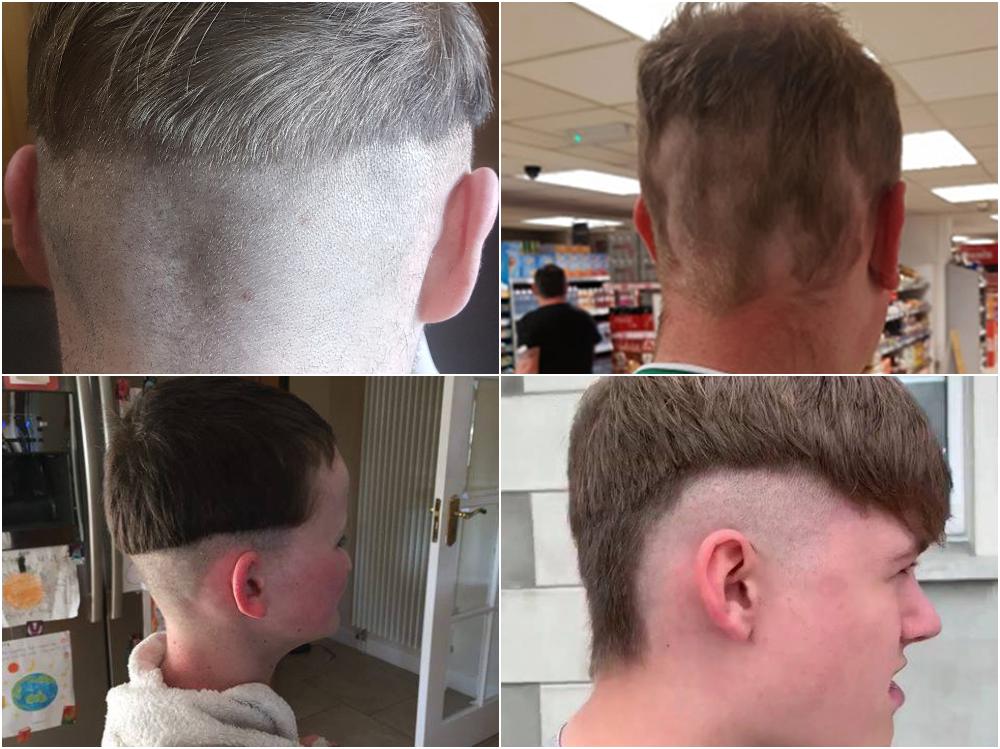 With lockdown now well and truly in full flow, most of us have been left with continual bad hair days without our beloved barbers.

Many have been brave enough to reach for the scissors or the razors, mostly ending in catastrophic circumstances.

Isolation haircuts and brutal barnets are all the rage, the alternative being to put with the unruly mess which is on top of your head.

There have been skinhead and bowl cuts galore!

And this prompted a Tandragee photographer to hold a competition asking her followers on social media to send her the worst attempts during the pandemic.

This was a change of tact by award-winning snapper Marie Allen, who had been taking pictures capturing the sense of community which lockdown and the coronavirus pandemic have created.

Speaking to Armagh I, she said: “It certainly is different. It really is such a big talking point at the moment and I just thought it would be great to document it.

“I did have a cut of my son’s which ended up like a saucer on the top, but it has grown out now. I am just leaving my own hair.

“Some of them just have sent with a strip off the back, because they have started with the shearer and they haven’t released that it was a number, then they are just leaving it like that.”

Marie also had another photoshoot with young Joe Hamill in which his mother, Nicola, is attempting give his hair a trim.

“He was just having none of it,”said Marie. “It really is a brilliant image and his face told the whole story.” After some absolutely “fantastic” entries, there could only be one winner which was announced on Tuesday night.

Marie had been sent a video from a lady in Portadown, which showed her fiance Andrew using sheep shearers on his work buddy Stephen’s hair.

“I have been told that the boys have taken this up as a new hobby, cutting any worker’s hair that wants it. I just thought it was brilliant.”