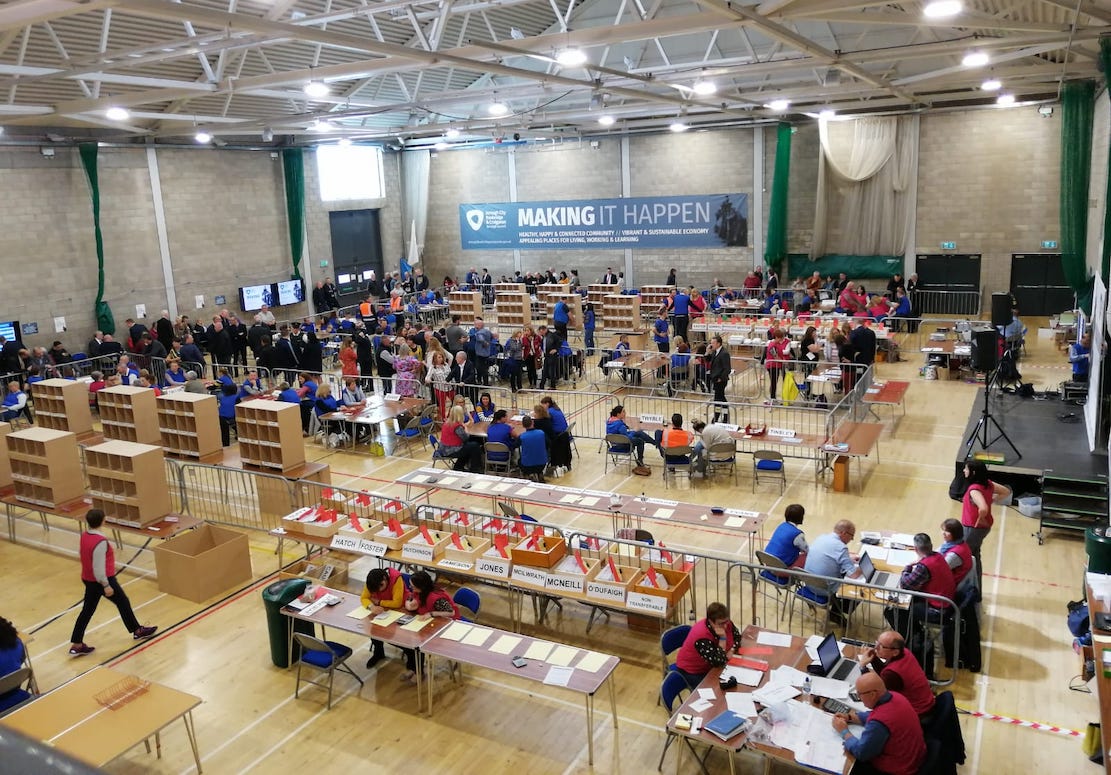 Every vote counts. That’s the take away motta from Cusher tonight after a recount was ordered shortly after 10pm.

The DUP’s Quincey Dougan is hoping to oust the UUP’s sitting councillor Gordon Kennedy and at just 18 votes better off, it’s just too close to call.

With DUP transfers to come, it looks like Kennedy could be another faller from the previous ABC regime.

Earlier Gareth Wilson and Paul Berry eased past the post on the first count, while Sinn Fein’s Brona Haughey gained from SDLP’s Seamus Livingstone who was standing in place of the outgoing Sharon Haughey-Grimley.

Jim Speers was elected at the forth count for the Ulster Unionists, however, it was nip and tuck between Kennedy and Dougan from start to finish.

Meanwhile in Portadown, DUP candidate Lavelle McIlwrath has been elected to council at the first time of asking, while SDLP’s Eamon McNeill, who has been trying since 1997, finally does it at the fourth attempt – another great result for the party in north Armagh.

It’s a bit of a shake-up in Portadown as McNeill’s place comes at the expense of veteran Ulster Unionist Arnold Hatch.

Earlier in the day Independent David Jones was soundly beaten.

Posting on his Facebook, Mr Jones said: “I am no longer a councillor. With a ridiculous first preference vote of just 266 it was quite clear from the start those in the Portadown Ward were seeking someone else.

“Again I would thank my small team who worked and walked with me canvassing. The comments form the doors and at yesterday’s vote led us to believe we were in with a good chance. That was not to be.

“I would wish those elected best wishes for the future.

“My job is finished. It’s over to the new team. Jones has left the building.”