Asked if she would consider reducing the speed to 30mph after a number of reported near misses, the Minister said it was felt the 'existing 40mph speed limit remains appropriate' 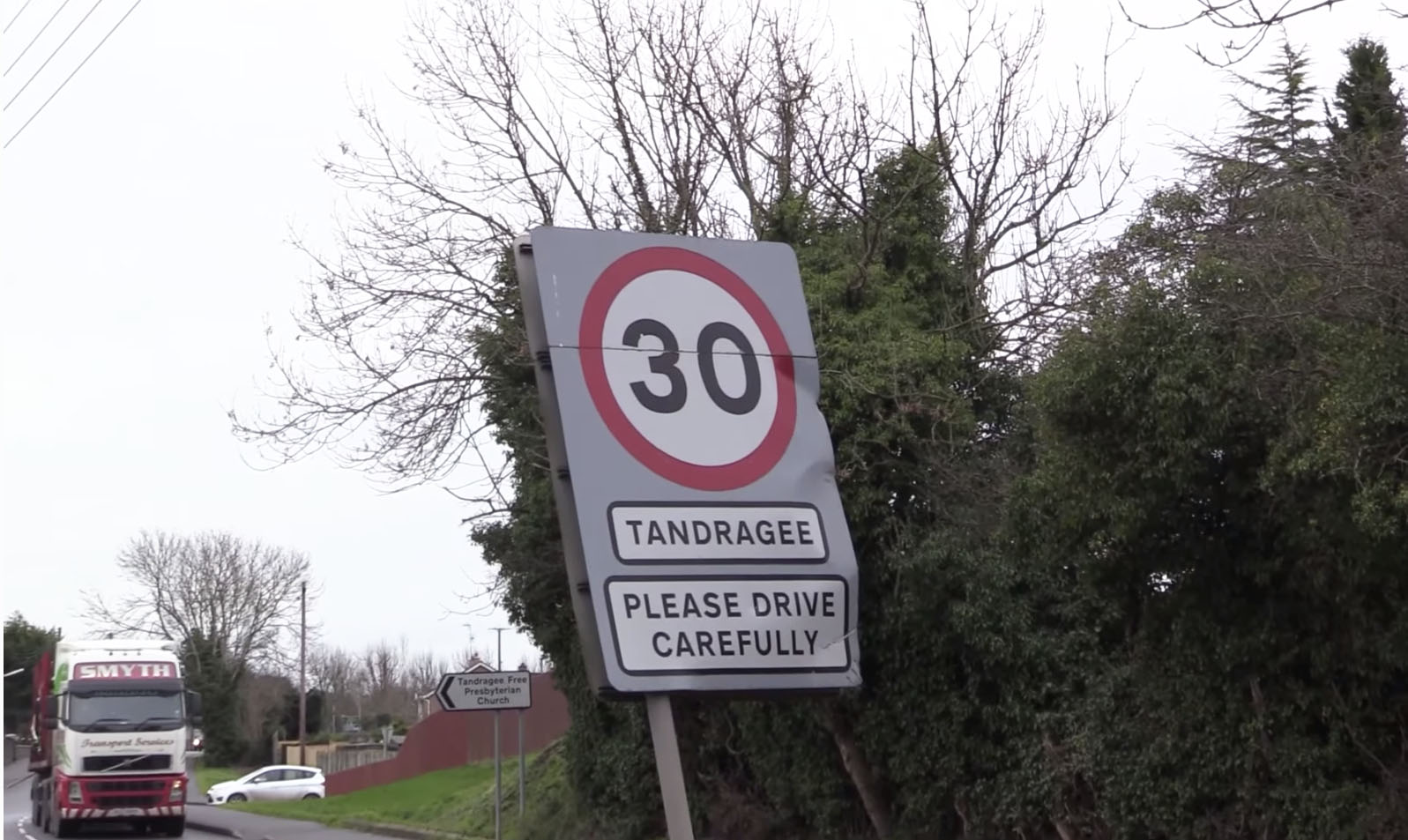 Calls for the speed limit on the Portadown Road, approaching Tandragee, to be reduced following reports of a series of ‘near misses’ are to go unanswered.

The Department of Infrastructure has ruled that the current speed limit “remains appropriate”.

There have been much-publicised incidents in recent times where pedestrians have been put in danger due to speeding traffic.

The A27 into Tandragee is through a residential area and in proximity to the local primary school.

Just last month, Armagh I reported on an incident where a mother had to pull her child back onto the footpath after a lorry sped through a red light.

Local councillors Gareth Wilson and Paul Berry have raised the issue time and again, calling for traffic to slow down.

Just last month, Cllr Berry told Armagh I : “Over recent weeks I have been contacted by residents about their serious concerns about speeding on this stretch of road leading into Tandragee town centre.

“This is the main A27 Portadown to Newry route so this is a very busy road used by all types of vehicles large and small and the speeding is outrageous and if something doesn’t happen then someone could be killed.

“I have been in close contact with the PCSP and the area PSNI Inspector Kieran Quinn and I have requested their help and assistance in trying to address this serious issue.”

A Speed Indicating Device had been put in place at Willowfield.

But Councillor Berry added: “Whilst this is welcome, I believe more needs to be done, such as visible PSNI Traffic Branch on site to apprehend those speeding on this built up area in Tandragee.

“I have received calls from residents in Linvara, Willowfield, Knockview Drive and Wayside and also parents who take their kids to the primary school and all of them have horror stories of cars and lorries speeding on this road.

“Enough is enough and action is required to try and address this dangerous situation for the sake of road users and pedestrians who use the Portadown road everyday.

“I will continue to work closely with residents and PSNI to draw attention to this very serious situation.”

He asked, in “light of concerns around speeding motorists”, where the Minister would “consider a reduction of the speed limit from 40mph to 30mph on the A27 approaching Tandragee”.

Minister Mallon, however, says there are no such plans or intentions.

She responded: “I am advised that this location has been assessed in line with my Department’s policy ‘Setting Local Speed Limits in Northern Ireland’.

“Given the lack of significant frontage development accessing directly onto this stretch of road and that development is only on one side of the road creating a semi-rural environment, the existing 40mph speed limit remains appropriate.

“This speed limit also helps to regulate speeds of vehicles transitioning from the rural national speed limit to the more urban environment, where the 30mph speed limit begins.”