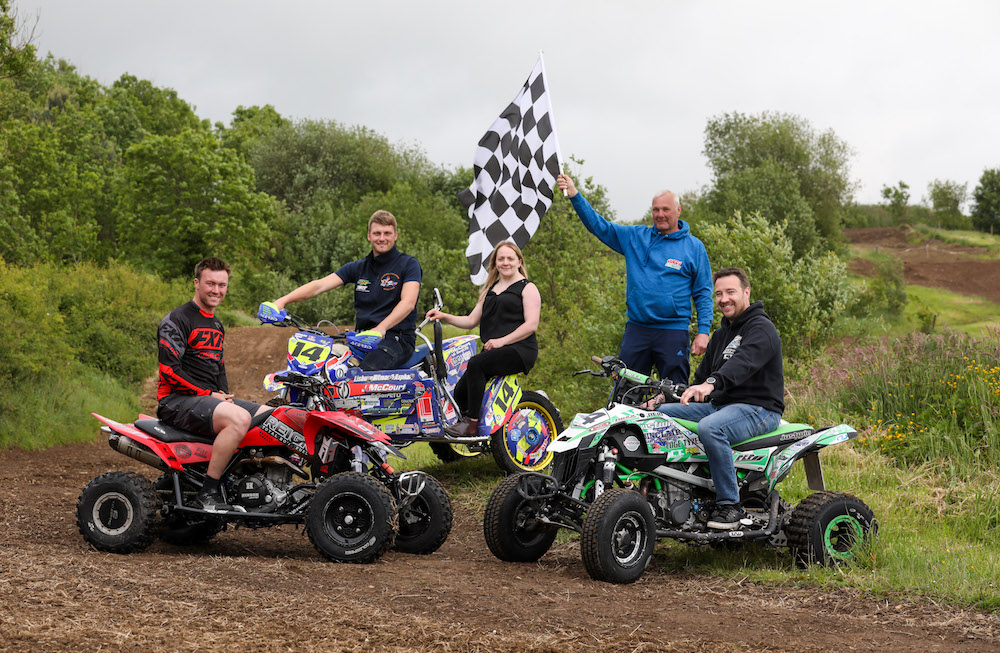 The next round of the ACU British Quad Championship and British Sidecar Cross Championships is set to take place at Tandragee Motocross Track on Saturday, hosted by Quad Racing Ireland.

Following on from the previous round of the Championships, which took place at the Dean Moor Motocross Park in West Cumbria on 29th May, local riders are in pole position, with quad rider, Mark McLernon leading the Quad Championships.

Following a two-race win at the Dean Moor event, current title holder, Mark McLernon, from Hillsborough leads the Quad Championship on 147 points, ahead of second place, Harry Walker from Reading on 131 points and Scotland’s Murray Graham who’s in third place on 109 points. In fifth place is Comber’s Justin Reid, a former mutliple winner of the British Quad Championships.

In the Sidecar Cross Championships, Lisburn’s Gary Moulds with passenger Lewis Gray are in 3rd place on 156 points. Now competing at world level sidecar events, Gary is hoping that the home advantage will help him to secure top finishes at the Tandragee track.

Ahead of the event, Chairman of Quad Racing Ireland, Derek Young, adds: “We’re delighted to be bringing the ACU British Quad Championship and British Sidecar Cross Championship to Northern Ireland in what is a ‘golden age’ for quad and sidecar racing in Northern Ireland.

“We have local riders who are amongst the best and most talented in the UK. They’re competing at events across the country and taking home podium finishes. Just last year, three quad riders, Justin Reid, Mark McLernon and Dean Dillion made history being named as the first-ever Irish team to win the 2021 Quadcross of Nations champions.

“A home round of the British Quad and Sidecar Cross Championships is a special occasion for our local riders, and we’re looking forward to welcoming hundreds of spectators to cheer on our local riders who will have their eyes on securing a top finish.”

Owned by John Sinton, Tandragee Motocross Track is located off the Tamnaghmore Road, Tandragee, and John’s been working hard to ensure the track is in top condition. Hosted by Quad Racing Ireland, the event was granted its permit and permission for the event to run by motorsport governing body in Northern Ireland, MRA.

Both the Quad and Sidecar Cross championships are contested over six rounds, with both series finishing in August.

Tandragee Motocross Park is located at Tamnaghmore Road, Tandragee, BT62 3LS. A family event, spectators are most welcome. Gates open at 9am on Saturday 18th June with racing expected to get underway at 10.30am. Spectactor entry costs £5 with entry for under 16s free.