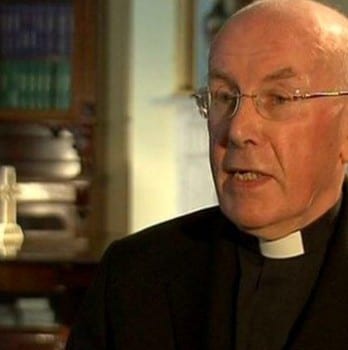 Speculation has been mounting that Ireland will not see the appointment of any new cardinals until Cardinal Sean Brady – who resigned last year – turns 80 in four years time.

The Irish Catholic newspaper is suggesting that changes brought about by Pope Francis could end the standing tradition of the Archbishop of Armagh being appointed cardinal.

Only cardinals under the age of 80 are allowed to vote to elect a new Pontiff.

Cardinal Brady, the former Archbishop of Armagh, will turn 80 in 2019 and, until then, will be eligible to vote, whereas Cardinal Desmond Connell, the retired Archbishop of Dublin, no longer can due to age.

The Irish Catholic reports: “It was always considered unlikely that the Pope would choose either Archbishop Eamon Martin in Armagh or Archbishop Diarmuid Martin in Dublin in this consistory since it would be unprecedented for such a small country to have two voting cardinals.”

Until Cardinal Brady, therefore, reaches the age of 80, the newspaper suggests it is “now considered likely that Ireland will not see the appointment of a new cardinal”.

The current Archbishop of Dublin will, by then, be 74 years of age, which is a year short of retirement, and the Archbishop of Armagh Eamon Martin will be 58.

The publication suggests that, at that time, Archbishop Martin would be “considered a likely candidate if the Pope continues the tradition of the Primate of All-Ireland being a cardinal”.

Archbishop Eamon Martin became Archbishop of Armagh and Primate of All Ireland last September, succeeding Cardinal Archbishop Seán Brady, who retired after serving as bishop of the diocese since 1996.

For the previous 16 months, Archbishop Martin had been the Coadjutor Bishop of the Diocese, with the right of succession.

On October 1, 1996, the then Coadjutor Archbishop Seán Brady succeeded Cardinal Cahal Daly in the See of Saint Patrick.

And it was in March 2010 that Cardinal Brady asked Pope Benedict XVI to appoint a Coadjutor to assist him.

Two years ago, on January 18, 2013, Monsignor Eamon Martin, from the Diocese of Derry, was nominated to this role.

His ordination as Coadjutor Archbishop of Armagh took place on April 21, 2013, in the presence of people, religious, priests, bishops and civic representatives from all over Ireland.

It was on September last year – on the occasion of his 75th birthday – that Cardinal Brady submitted his resignation letter to Pope Francis.

The resignation was accepted and Archbishop Eamon Martin immediately succeeded him as Archbishop of Armagh and Primate of All Ireland.