'Even if they are only doing Irish medium education for one year, it gives them a really strong foundation' 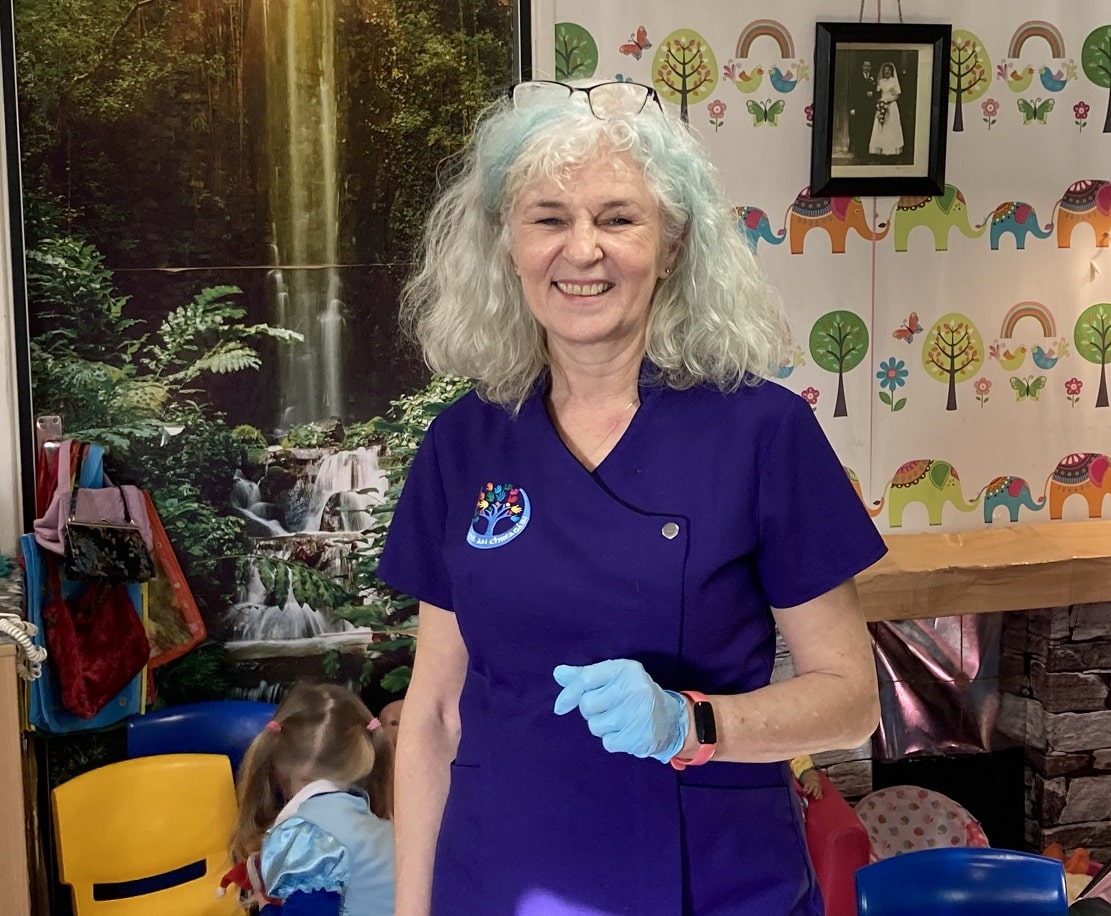 Teacher Adrienne Kealy is a bit of an institution at Naíscoil an Chreagáin.

On March 1, which also happens to be her 61st birthday, she will have been at the pre-school, based at Silverbridge Resource Centre, South Armagh, for 25 years.

In that time, she has cared for dozens of pre-school children, introducing many of them to the Irish language for the first time, and starting them on a journey that will last through their school years and beyond.

The Naíscoil has been going strong for more than 25 years and has capacity for 16 children, aged three years plus.

Adrienne is assisted by deputy leader Siobhan Reichenberg and together they provide a secure, welcoming and fun learning environment where the children can become immersed in the Irish language without even noticing it.

“I had spoken Irish in primary school because we had a fantastic, inspirational man, James Keating, who just died a few years ago and was known as the Master,” she said.

“He did games every day through Irish and half an hour every morning. Everybody in Forkhill had a little bit of Irish, thanks to him.” Although she had  studied Irish at A Level, Adrienne admits she “wasn’t very good at it” when she joined the Naíscoil in what was intended to be just a year-long scheme.

“I had left work at Queen’s where I was departmental secretary to move back to Forkhill with my husband and daughter,” she explained.

“I  came here on an Ace scheme and was meant to stay for a year, and I’m still here!”

At that stage, the Naíscoil was just in its second year and based in a portable building, before moving to its current, permanent base 20 years ago.

One of Adrienne’s mentors and a great encouragement in her early years was Alice Murphy, who sadly passed away two years ago.

Alice was one of the founding members of the Naíscoil and a huge support to both the school and its staff.

Since joining the Naíscoil, Adrienne has completed a two-year Diploma in Irish  as well as an Early Years degree.

She already holds a degree in English.

A mother-of-four herself – her daughter is a teacher in an Irish medium school in Belfast – Adrienne loves working with young children.

She said: “We start with the basics – words for food, table, toast are some of the first words.

“We do an awful lot of singing. The children’s understanding comes on really, really well and they pick it up so quickly.

“This year has been really helped by the fact there is one Gaeilgeoir and another child who has quite a bit of Irish from home as well, so I can talk to them and then the others pick it up.

“Even if they are only doing it for one year, it gives them a really strong foundation, so when it come to learning the language years later, they are at a major advantage.”

Naíscoil chairperson Amie Cumiskey attributes the popularity of the Naíscoil to the committed staff and the unique environment.

She said: “It’s a very close-knit place to come to school and and because it’s smaller numbers if there are any children who are a bit hesitant, it’s a brilliant environment for them to come into.

According to Irish medium body Comhairle na Gaelscolaíochta, the sector is now among the most successful sectors of education across the country, with a 70 per cent increase in enrolments over the 10 year period from 2011-2021.

With the admissions process for pre-school places opening on January 10 – and remaining open until January 27 – Adrienne will be available to chat to any parents considering Irish medium education for their children.

Anyone who would like to find out more or have a tour of the school is asked to send a message via the school’s Facebook page or telephone 028 3086 0556 between 8.30am – 3pm to arrange a visit.