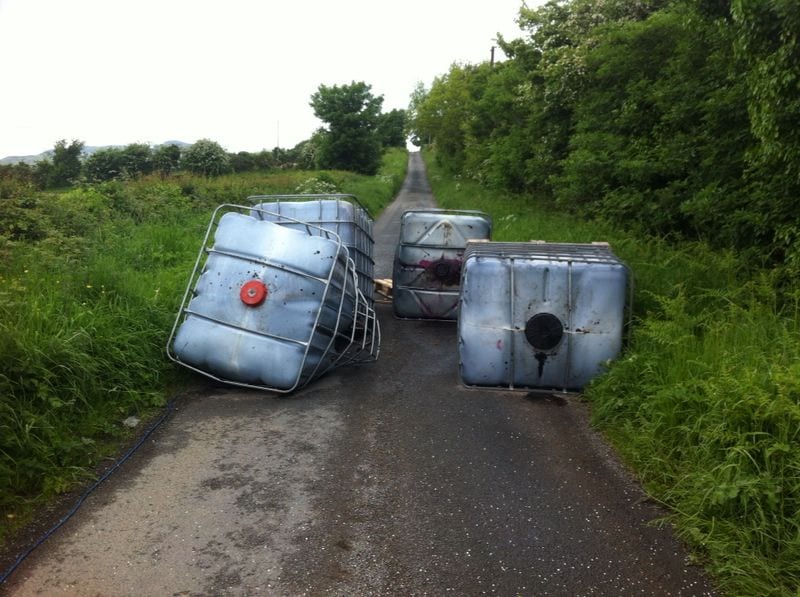 More than 3,000 tons of toxic sludge – the illegal byproduct of fuel laundering operations – in less than four years.

And, while no figures have been provided for the overall cost, the bill for the clean-up operation – which is paid for by you the taxpayer – is thought to have run into hundreds of thousands of pounds.

The majority of the incidents were also in border areas of Armagh and Down.

HM Revenue and Customs takes the lead on fuel laundering as it is considered ‘financially driven crime’.

But officials from the Department of Agriculture, Environment and Rural Affairs have been involved too.

Environment Minister Michelle McIlveen was giving an update on the current situation at Stormont this week and revealed the shocking true extent of the problem.

She said the DAERA officials have been “working well and playing a valuable supporting role, along with colleagues in the PSNI, when it comes to determining who has responsibility for dumping waste and pursuing them through the courts accordingly”.

Minister McIlveen added: “My officers have also been directly involved in clean-ups of the waste left behind. That is costly and time-consuming.”

She revealed that, between June 2012 and April this year, the Northern Ireland Environment Agency had cleared more than 3,141 tons of fly-tipped, fuel laundered waste.

This was from 423 separate incidents and with the “overwhelming majority” of the clean-up operations taking place in the “border counties of Armagh and Down”.

Between May 2013 and June last year, the NIEA had also overseen five convictions for the illegal dumping of fuel-laundered waste.

These prosecutions have resulted in £25,000 in fines.

And, at the same time, a further two cases involving fuel-laundered waste are in the courts system.