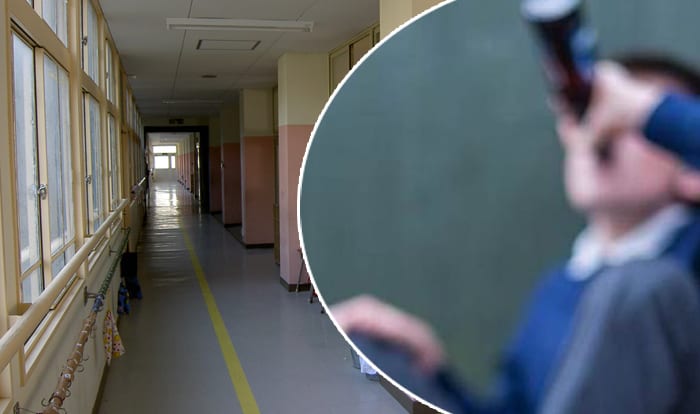 More than 30 staff at our local schools were physically attacked by pupils last year.

Incidents of bullying and alcohol abuse were also commonplace, with more than 1,000 incidents of pupils having been suspended or expelled.

And that may only give part of the picture, with many other incidents perhaps not recorded by individual schools.

The information has come to light as part of an Armagh I investigation.

We have recently received a number of reports from local teaching staff – who did not wish to be named – which indicate that some schools have noted a serious decline in discipline and pupil behaviour.

And our information gives some credence to those claims and makes for shocking reading.

In all, a total of 36 school staff – including teaching, assistants, catering, caretakers and all employed by schools – were recorded.

Those figures are for the Southern Area of the Education Authority, taking in the area made up previously by the Southern Education and Library Board.

And they cover just a typical 12-month period – although the figures have worsened.

Between April 1, last year and March 31 of this year, there were more than 1,000 incidents where pupils were suspended for a variety of reasons.

There were nine incidents of primary school pupils physically attacking staff, with a further 27 cases recorded from pupils of secondary school age.

Shockingly, 235 suspensions were imposed for physical attacks on other pupils by secondary school age, and 26 by primary school pupils.

There was a further 201 cases of staff being verbal abused in secondary schools – for which suspensions were imposed – and 13 for verbally abusing fellow pupils.

Three primary school pupil suspensions were handed out for verbal abuse of staff.

Eighteen secondary school age students were suspended for alcohol abuse and a further 22 for substance abuse.

In all, that accounts for 1096 suspensions – 1049 pupils of secondary school age and 47 primary age.

The information relates to suspensions arising from recorded incidents in schools reported to the Education Authority’s Armagh Office.

But as we report, it only gives a taster of the situation.

A spokesperson for the Education Authority told Armagh I : “The school decides how the incident is classified, so the category infringement of school rules could also include suspensions for any of the other types of incident, if a school did not choose to define the reason for suspension any further.

“A further caveat is that these are incidents that resulted in suspensions but does not necessarily include all such incidents of that type which occurred in schools.”

But no record exists for expulsion figures for individual Education Authority areas, as this would be in breach of Data Protection legislation.