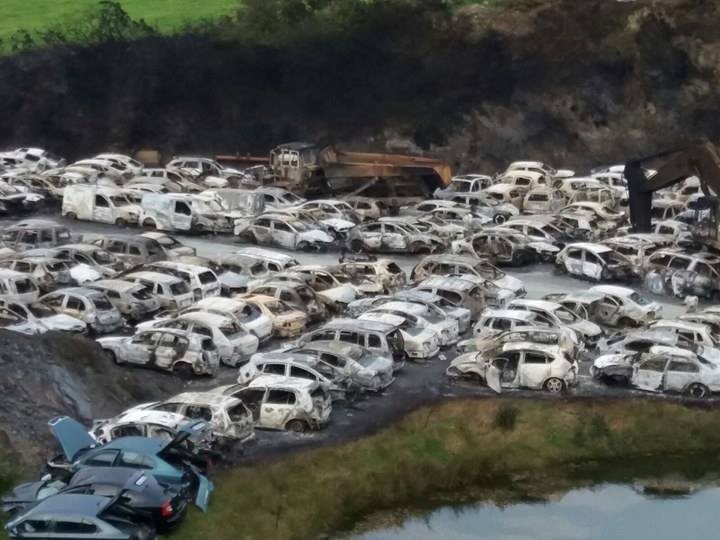 A fire which completely destroyed over 300 cars in a county Armagh scrap yard is being treated as suspicious.

Police in Armagh are investigating the circumstances surrounding the blaze at breakers yard at Fegan’s Quarry on the Madden Road in Keady in the early hours of Tuesday morning.

The fire, which is being treated as suspicious, was reported at around 2am and totally destroyed over 300 cars that were at the yard.

Nearby residents told Armagh I of being awakened by a series of explosions. “We weren’t 100% sure what or where it was but a number of fire engines raced past,” said one. “There was a lot of thick black smoke.”

Officers are working to establish a motive for the incident and are appealing for anyone who noticed any suspicious activity in the area, or who has any information which may be of assistance to the investigation, to contact them in Armagh on 101 quoting reference 83 04/10/16.