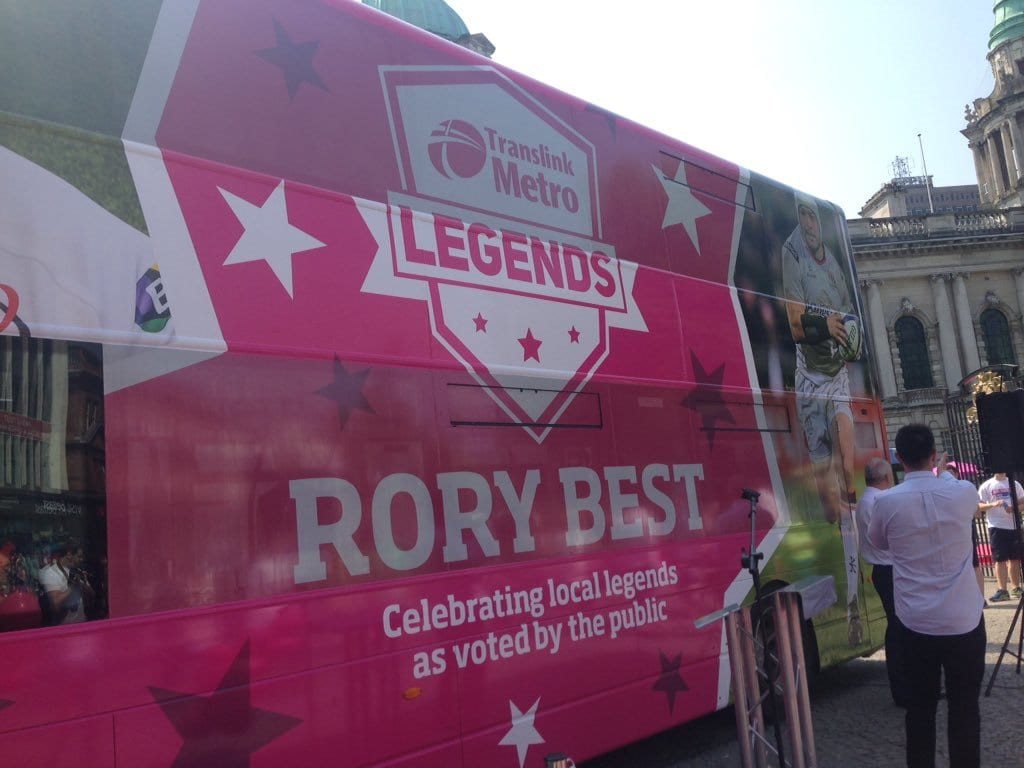 He and actor Jamie Dornan have been voted for by the public as Metro Legends.

As such, their images will grace the side of a unique double decker bus.

Translink ‘Metro Legends’ gave the public the opportunity to honour local heroes who have excelled in their industry, made a positive impact and shine the spotlight on Belfast and Northern Ireland for all the right reasons!

The bus will travel around Belfast, paying tribute to these inspirational individuals and reminding us all about the incredible wealth of local talent.

Best and Dornan were selected from a shortlist of six, which had included Carl Frampton, Mary Peters, Michael O’Neill and Eamonn Holmes.

The competition was held in the run-up to Bus and Train Week, which started today (Monday), June 6.

Rugby star Rory Best, from Acton, near Poyntzpass, is a constant fixture at Kingspan Stadium in Belfast and rugby stadiums around Europe.

In 2016, Rory became the captain for Ireland, the first Ulster rugby player to captain Ireland’s team since the late 1990s.

He is known as a leader on the field and is well-regarded by sports fans in Belfast, Armagh and beyond!