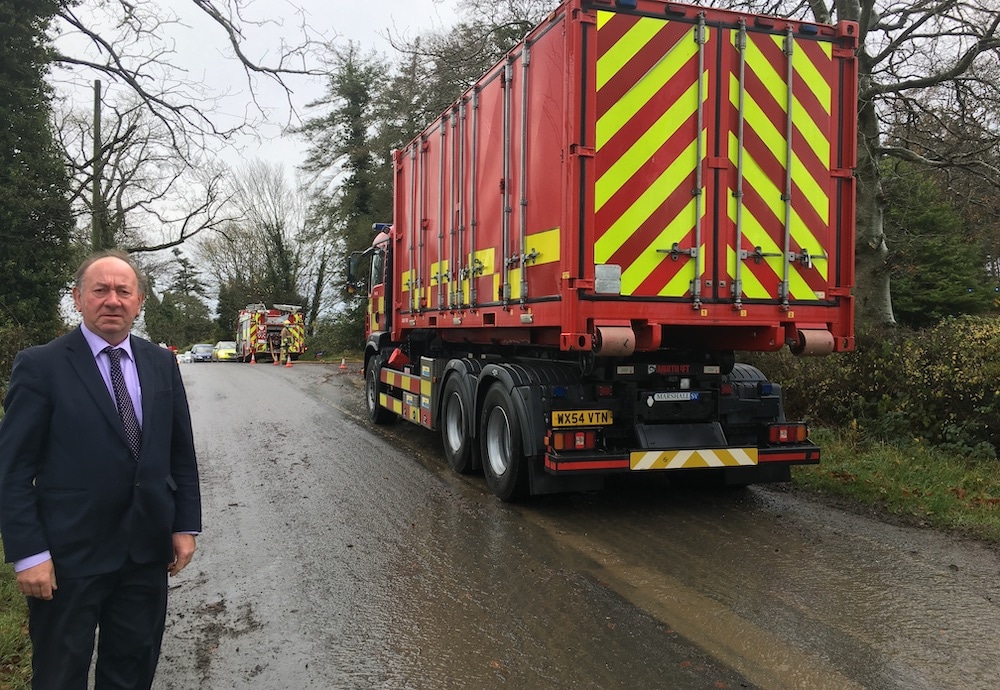 The home of an elderly gentleman in Richhill has been completely gutted in an early morning fire.

Emergency services are continuing to deal with the blaze at the property on the Aghory Road, which has been closed off to the public since 8am this morning.

Newry & Armagh MLA William Irwin, who has liaised with police, has spoken to Armagh I of his concern.

The DUP Assemblyman said the house has been very badly damaged in the blaze but that there are no details at this time as to the elderly resident’s wellbeing.

Mr Irwin commented: “This is clearly a very concerning incident and there are a number of fire appliances at the scene on Aghory Road along with the PSNI; there are no details at this time as to the resident’s wellbeing and that is a concern.

“The gentleman who lived at the address has lived there for many years, he is elderly and from a farming background, I await updates from police on this ongoing and concerning situation.”

A Northern Ireland Fire & Rescue Service Spokesperson told Armagh I: “On Wednesday morning at 5.05am, firefighters were called to reports of a fire in a detached house on Aghory Road in Richhill, Armagh.

“Appliances from Armagh, Portadown and Pomeroy Fire Stations as well as a Command Support Unit from Lisburn Fire Station and the Specialist Rescue Team have been in attendance throughout the course of the incident.

“The incident is currently ongoing.” The Aghory Road has been cordoned off