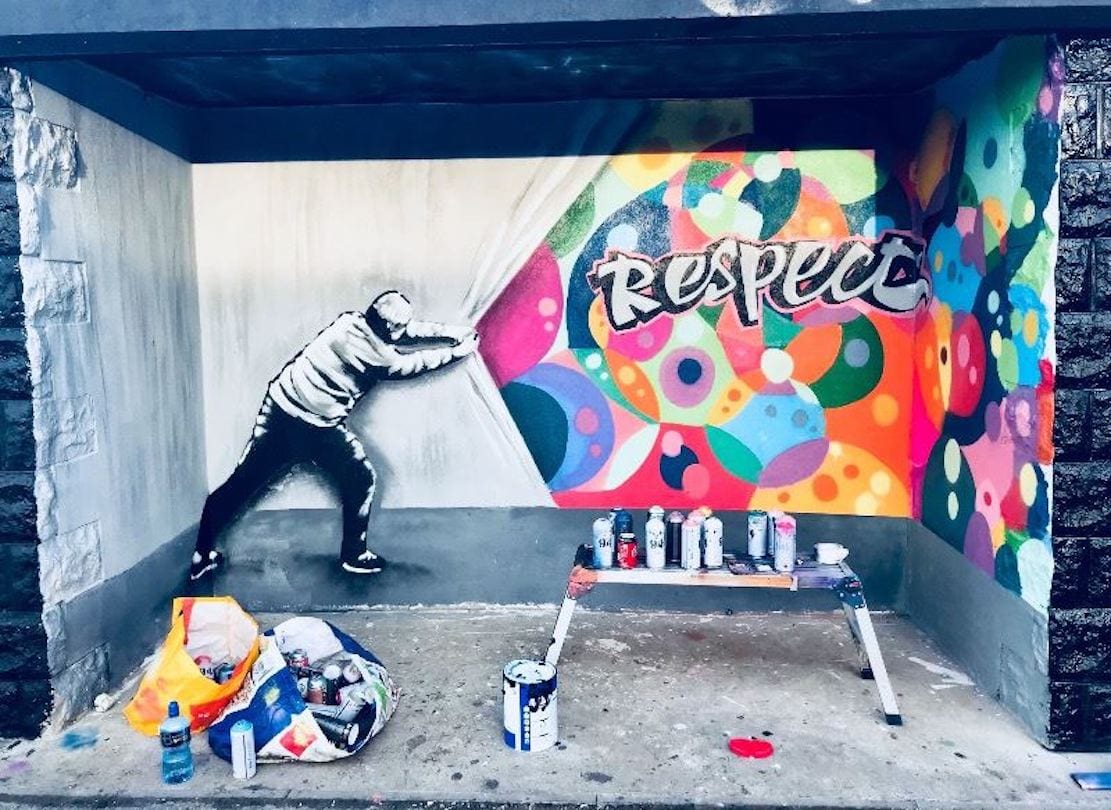 Young people involved in a project with police to refurbish a bus shelter in Portadown – through graffiti – have been hailed a “credit to their community”.

The PSNI in Craigavon shared a picture of the final product on social media.

Armagh I reported last month plans to ask young people to design a piece of art to be incorporated on to a bus shelter in Portadown as part of a project aimed at reducing anti-social behaviour.

It followed reports by the PSNI to the ABC Council’s Policing and Community Safety Partnership of “increased incidents” within the Killicomaine estate.

And at the September meeting of Armagh City, Banbridge and Craigavon Borough Council, it was agreed to give the go-ahead to the project, which centred around a council-owned bus shelter.

Councillors were informed at the time: “In order to help reduce these incidents and to engage with the young people who are involved, the PSNI Neighbourhood Policing Team are proposing an art engagement project. This will include issue based workshops and an art project on the council-owned bus shelter.”

The finished piece is nothing short of fantastic.

It depicts a young person in black and white pulling back a sheet to reveal a bright and colourful palate over which is written the word ‘Respect’.

The young artists and all involved – kudos to the Killicomaine Residents’ Association!! – have certainly achieved that.

The PSNI in Craigavon spoke of their pride at a brilliant result in such a short space of time.

They shone praise on the “young people who turned up every day to learn about the different techniques and create something for the whole community to enjoy” and described them as “a credit to their community”.