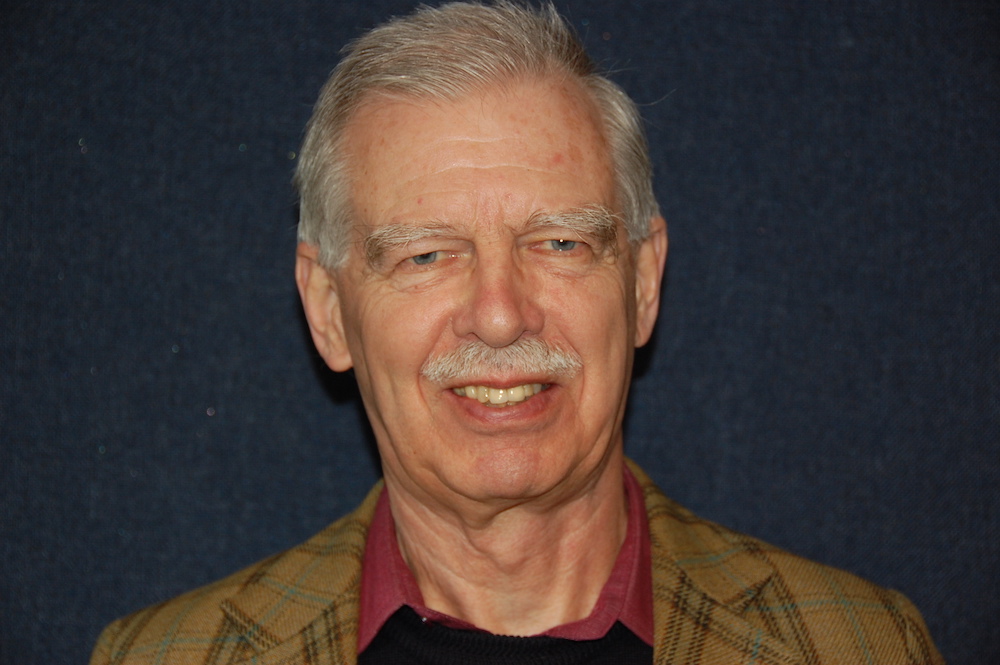 Tributes have been paid to a long-standing Portadown priest following his passing in Craigavon Hospital on Wednesday morning.

Fr Michael Bingham SJ – based out of Drumcree Parish for more than two decades – was the dear brother of Paul, Philip, Jacqueline, Claire, Celia, Nicholas and the late Mark and beloved uncle of Michaela.

Paying tribute, St John the Baptist College in Portadown said: “The SJBC family are very saddened to hear of the passing of Fr Michael Bingham.

“Fr Michael was a compassionate, caring and very charitable man in attitudes and deeds. A great friend and role model to the local community and parish. Sacred heart of Jesus have mercy on his soul. May he rest in peace.”

Fr Damian Howard, Provincial Superior of the British Jesuits, commented: “So sad to announce the death of Fr Mike Bingham SJ. Over two decades working for reconciliation in Portadown, Northern Ireland and a lifetime dedicated to justice and human dignity. Truly an unsung hero. May he rest in peace.”

SDLP Upper Bann MLA Dolores Kelly paid tribute, saying Fr Bingham would be missed by his parishioners and all those at the Dumcree Community Trust.

“I was saddened to hear of the death of Fr Michael Bingham and I know his loss will be keenly felt throughout our community,” said Ms Kelly.

“My thoughts go out to his family and friends following their sad loss, I’m sure he will be missed by everyone who knew him.

“Originally from Liverpool, he was soon adopted as a local after moving to Portadown. When tensions arose in this area Fr Bingham was known to be a calming voice. He also worked hard to foster good cross-community relations and he himself enjoyed a strong relationship with the other church denominations in the area.

“He was widely recognised for his work with the Drumcree Community Trust, where he served for over 20 years, including as chairperson, where he worked to make a real difference to the lives of ordinary people in this area. Fr Bingham was also known for his work at Maghaberry Prison. He has made a huge contribution to this area over the past few decades and leaves behind a lasting legacy.”

The Parish outlined details around the reposing of Fr Bingham’s remains.

Fr Bingham’s remains will arrive at Drumcree Community Centre, Ashgrove Road, Portadown, where they will repose from 1pm until 9pm.

Friends, neighbours and members of the community will be welcome to pay their respects to Fr. Michael during those times.

This closure is to facilitate a period of private and quiet reflection for Fr Michael’s family members who will be travelling from England and for his religious friends and colleagues.

We would ask that all those wishing to attend Drumcree Community Centre strictly abide by guidelines relating to Covid-19.

In particular, it is important that all persons attending the Community Centre use the hand-sanitiser located at the main entrance; wear face-coverings, and maintain adequate social-distancing. Entrance to, and exit from, Drumcree Community Centre will be by separate doors.

To facilitate members of Fr Michael’s immediate family travelling from England and a number of his colleagues also travelling from several parts of Ireland and Britain, Requiem Mass will take place on Monday, January 17 in the Church of St. John The Baptist, Drumcree, at 3pm with burial immediately afterwards in the adjoining cemetery.

Please note that the Jesuit residence at “Iona House” in Churchill Park will be private and Requiem Mass will be restricted to 130 people due to the ongoing pandemic.