‘This is the virus’: Dumping concerns show no sign of abating in Co. Armagh 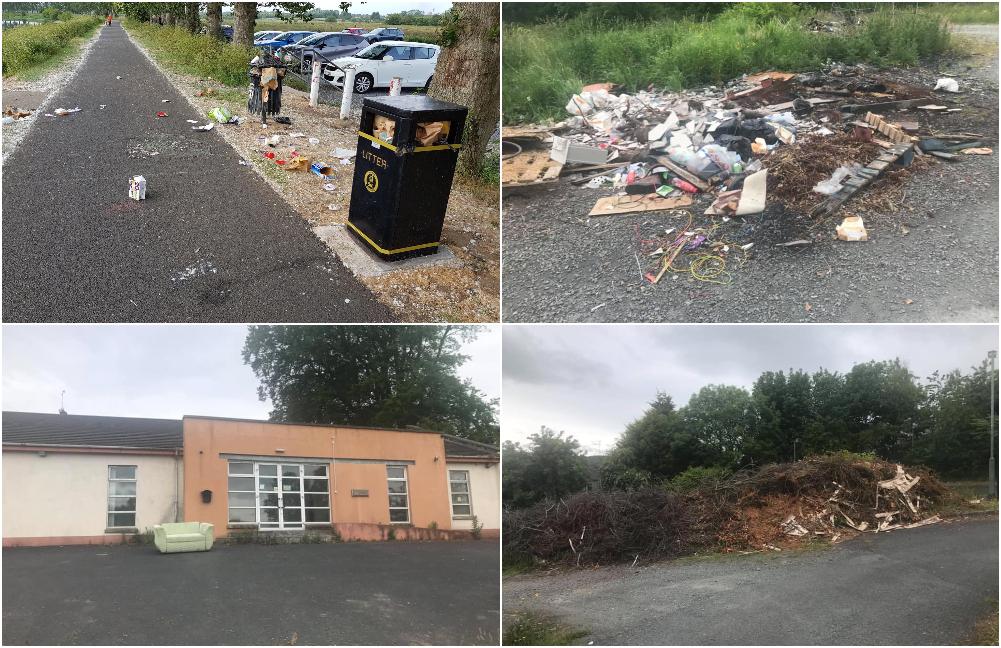 Simply put: ‘This is the virus’.

That was the response to this photo (top left) taken by River Bann Cleanup Portadown group this morning (Tuesday).

“Since the opening of the McDonalds drive-thru, this has become the new virus,” said a spokesperson for the group. “One which is province wide.”

They said this is not actually an unusual sight, in fact it’s “a daily occurrence” created by people, they say, “who lack the ability to think, do the right thing, or are just lazy”.

Meanwhile, in Darkley village, the former community centre off the Main Street has been a target for fly-tippers on several occasions recently.

The derelict site has been sitting empty for years, despite the best efforts of the Darkley Rural Community Group, to purchase it and have it functioning once more.

And it’s this dereliction which has prompted others to take advantage.

“People are continuing to dump their rubbish in Darkley, down at the site of the [former community and Resource Centre],” said a spokesperson for the Group.

“It is definitely local. What possesses these people? They are first and foremost to blame and we condemn this disregard for our community. Please stop!”

They added that the onus should be on Ernst & Young in Belfast who now own the site and are now trying to sell the site.