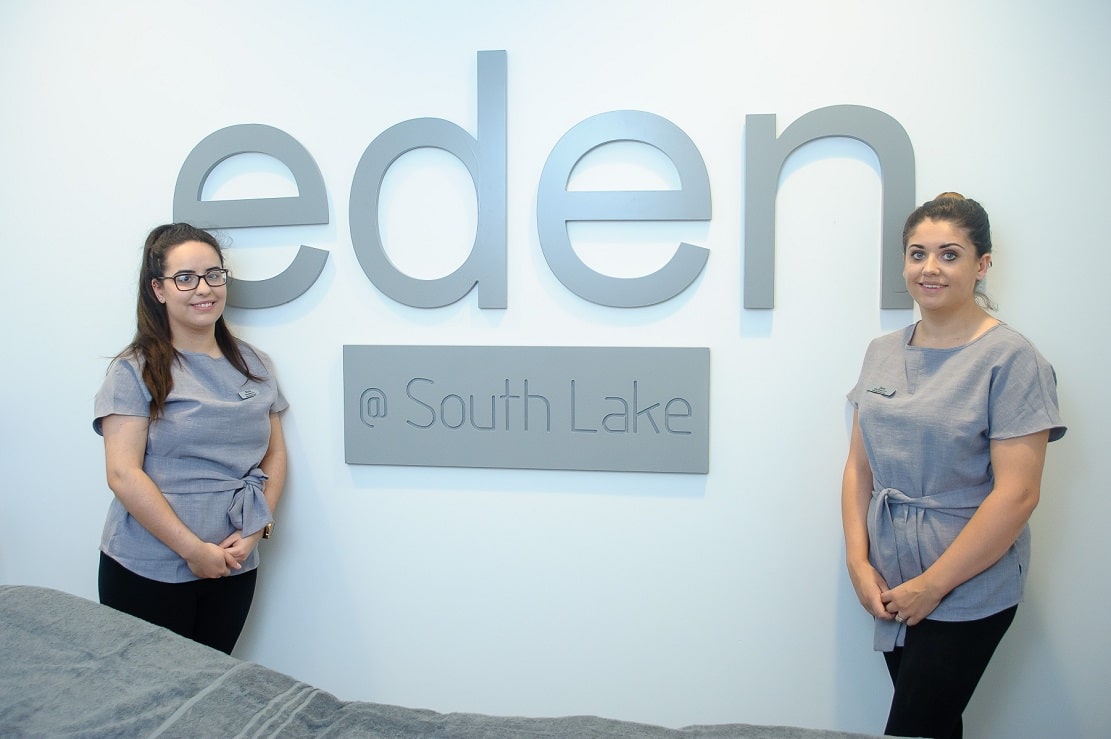 It’s just shy of a decade but one Co Armagh beauty therapist has gone from starting up a small one treatment room salon to taking up the tender for the spa at the new South Lake Leisure Centre.

Sara Strain was just 21 years of age when she took the gamble of going it alone, but she is the first to admit that she could not imagine how the past nine years have gone.

Now 30, Sara owns not only the Eden Beauty premises in Portadown but has also set up shop at the spa in the South Lake centre.

Speaking to Armagh I, Sara explained that she had been working in the industry when the opportunity presented itself to take over an existing salon.

But it has not been all glamour…

“It has been a lot of hard work. I was working in a salon and I had the chance to buy over Eden, which was close by, but it was only a small one room treatment salon.

“At the start I was working in a Chinese takeaway at night and then doing the beauty during the day to keep the thing going. It was a difficult few years but it worked out.”

In fact, it did more than that! Within three years Sara was able to purchase the salon she currently works out of in Portadown – with an expansion of one treatment room to four.

Last year brought greater news, as Sara and her team were awarded the tender for the South Lake Leisure Centre spa.

“That was in November 2020, it was a massive opportunity for me and things have just escalated. We went from a team of three to a team of eight.

“I really couldn’t have done it without my team. Shauna is the manager at the Portadown salon. She started as a junior and has been with me for six years, then Brooke, who is the senior, had been with me five, starting as a student. I like to keep people around.”

And as they say ‘the proof is in the pudding’. Eden Beauty are hot off being nominated for Best Beauty Team at The Northern Ireland Hair & Beauty Awards for 2021.

As Sara begins to establish Eden’s presence at South Lake, she was keen to impress on the public that Portadown was not being left behind.

“We have invested heavily in Portadown, where we want to have more of a focus on aesthetic, whilst at South Lake we will be concentrating on more of the relaxing treatments.”

To celebrate, Sara and the team our inviting people to book consultations at their launch day on November 3, with drinks and nibbles also available.

This is only one part of the future for Eden in Portadown, with work in the pipeline for treatments including; laser hair removal, intense pulsed light (IPL) therapy and advanced electrolysis.

To find out more check out Eden Beauty’s Facebook or to make a booking go to their website.