Her licence was revoked after penalty points were imposed with the deputy district judge saying: 'She was going far too fast in bad conditions. It was fortunate that no-one was hurt or killed' 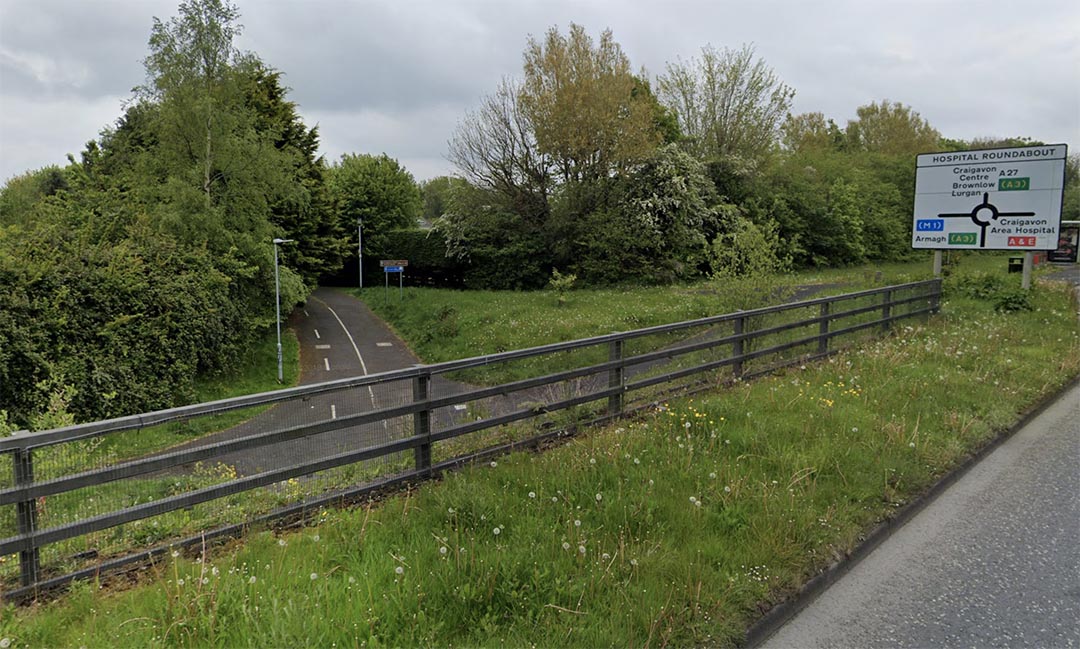 A woman who veered off the road near a pedestrian underpass will appeal her sentence of six penalty points.

Court heard that being a young driver, having passed her test in the last two years, these penalty points would result in the 43-year-old’s licence being revoked.

Somy Soby, of Kernan Hill Manor in Portadown, had a plea of guilty entered on her behalf to driving without due care and attention at Craigavon Magistrates’ Court on Friday.

This followed an original charge of dangerous driving being withdrawn by the prosecution.

They outlined that at 8am on October 29, 2019, police were notified by the ambulance service of a one vehicle collision on the Lurgan Road, Portadown.

Officers arrived to find a stationary Jaguar near an underpass. The defendant, who was the driver of this vehicle, appeared to be in shock.

Police were told by witnesses that Soby had been travelling at speed and collided with a lamp post, before mounting a kerb on to a grass verge.

The defendant had to be taken to hospital. Police collected CCTV from a nearby store and this showed the incident as described.

The vehicle had fallen near an underpass frequented by pedestrians at this time and one eyewitness had been narrowly missed as the lamp post fell.

Defence barrister Damien Halloran stated: “Ms Soby is a young driver that is within two years of passing her test. She had only recently finished a 12 hour shift at a care home.”

He commented the only possible explanation which could be put forward was ice on the road.

Deputy District Judge Chris Holmes said: “A Jag and she is a new driver – perhaps it was a little too powerful for her.”

Mr Halloran stated: “The only person injured in this was Ms Soby, thank God. This is something which has put into focus her driving from now on.”

Asking for leniency, he commented on the “great service to the community” which his client provided five days a week.

Deputy District Judge Holmes stated: “She quite clearly needs to take a step back and start again. She was going far too fast in bad conditions. It was fortunate that no-one was hurt or killed.”

Soby was ordered to pay a fine of £200, along with the offender’s levy of £15, and was handed six penalty points resulting in her licence being revoked.

Mr Halloran made it known that his client wished to appeal the sentence, and bail in order to do this was fixed at £100.