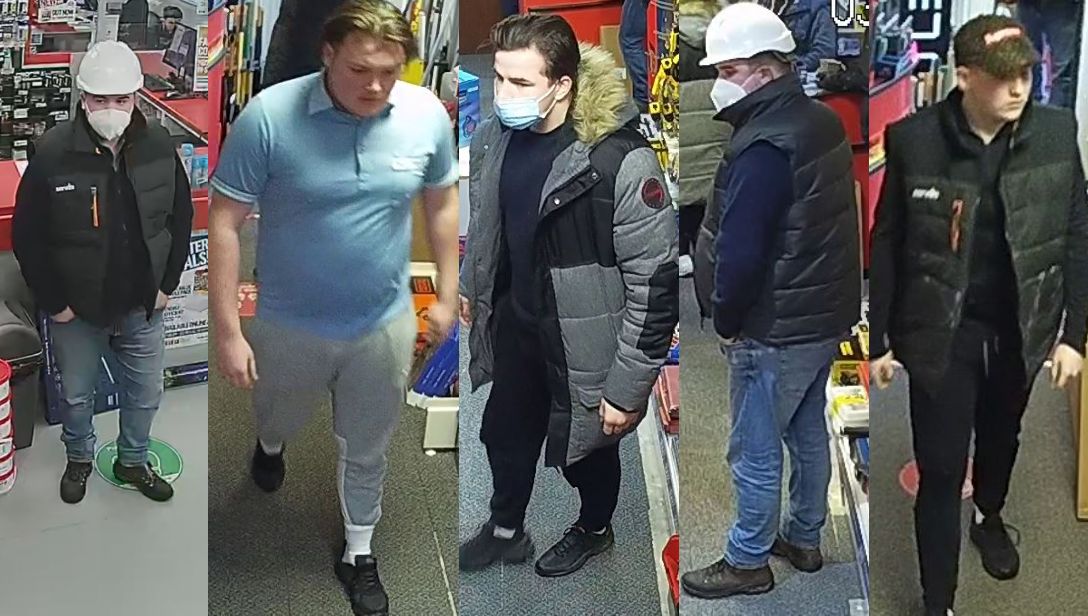 Police have released images of five suspects wanted in connection to a series of hardware thefts in Lurgan, Portadown and Lisburn.

These individuals were captured on CCTV stealing tools to the value of over £2,000 from various locations on October 20, this year.

The images were broadcasted on BBC Northern Ireland’s Crime NI as police appealed for anyone who has information on the men featured in the CCTV to please come forward anonymously to CrimeStoppers.

Police have further provided descriptions of each suspect: