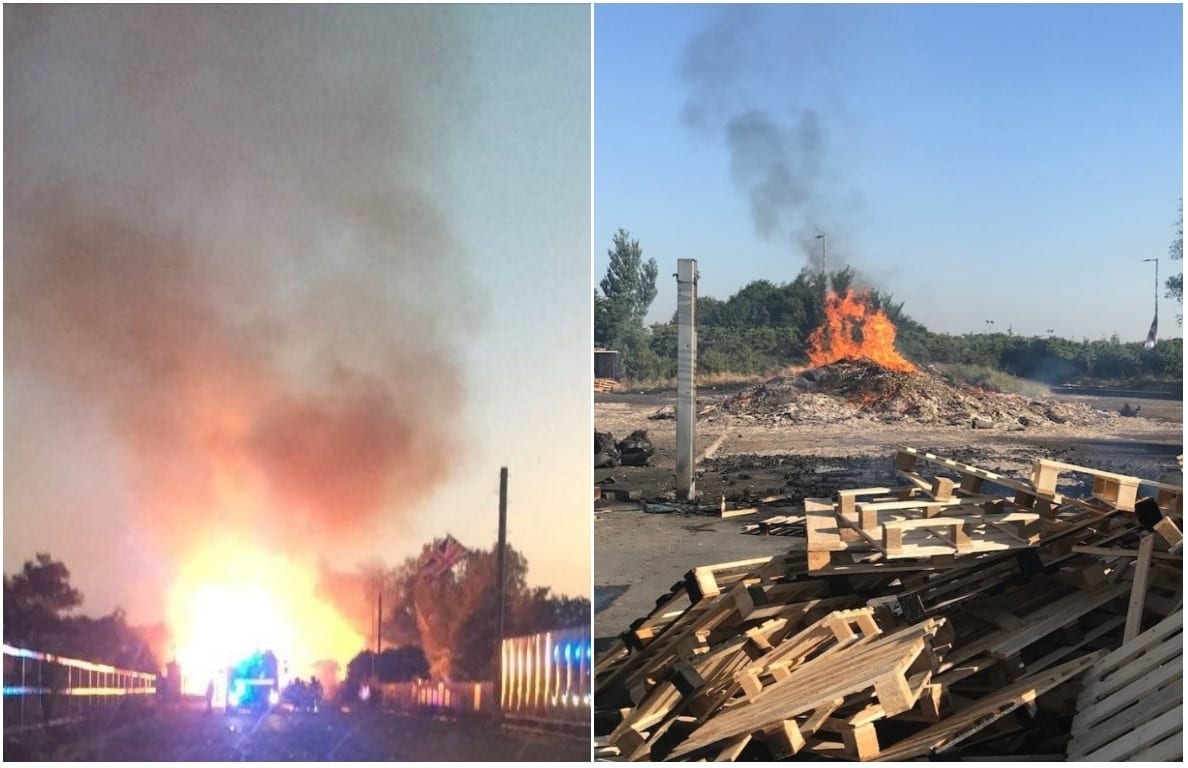 Police have called on the people of Portadown “to show restraint” as an investigation into the premature lighting of a bonfire is carried out.

In the early hours of this morning, the bonfire at Edenderry in Portadown – which was intended to be set alight on July 2 – caught fire.

PSNI have confirmed an investigation is now underway to establish if this was a deliberate act and, if so, what the motivations were.

“Already we have heard speculation from many fronts around what happened, with fingers of blame being pointed at all sections of the community, as well as the weather,” said a PSNI spokesperson.

“It is important to remember that at this stage it is just that – speculation. Any witnesses or those with information should bring it directly to us by calling 101.”

Posting on their social media, the PSNI spokesperson added: “Regardless of your views on bonfires and regardless of what caused this fire, it comes at a time when Portadown has shown to be leading the way in terms of community safety around such events.

“Only yesterday did another bonfire announce, after a meeting with ourselves and our NIFRS colleagues, that they have invited the fire service to hose down their bonfire on the eleventh night to lower the heat intensity for nearby houses and control the burn for both a longer, but much safer community event.

“These are the markers that the town should be known for, not for a rise in tension. We have been on the ground with partner agencies and community groups for some time now to ensure a peaceful season, and will redouble our efforts now to do all we can to ensure that is still the case.

“We call on all in the town to show restraint, and those with any influence to exercise it to it’s fullest potential towards calming the situation and ensuring a summer without further incident.

“The country is watching, but most importantly our children are watching. How the next couple of weeks are conducted is a marker for them, a standard and an example to follow. Let’s work together to make it a good example.”