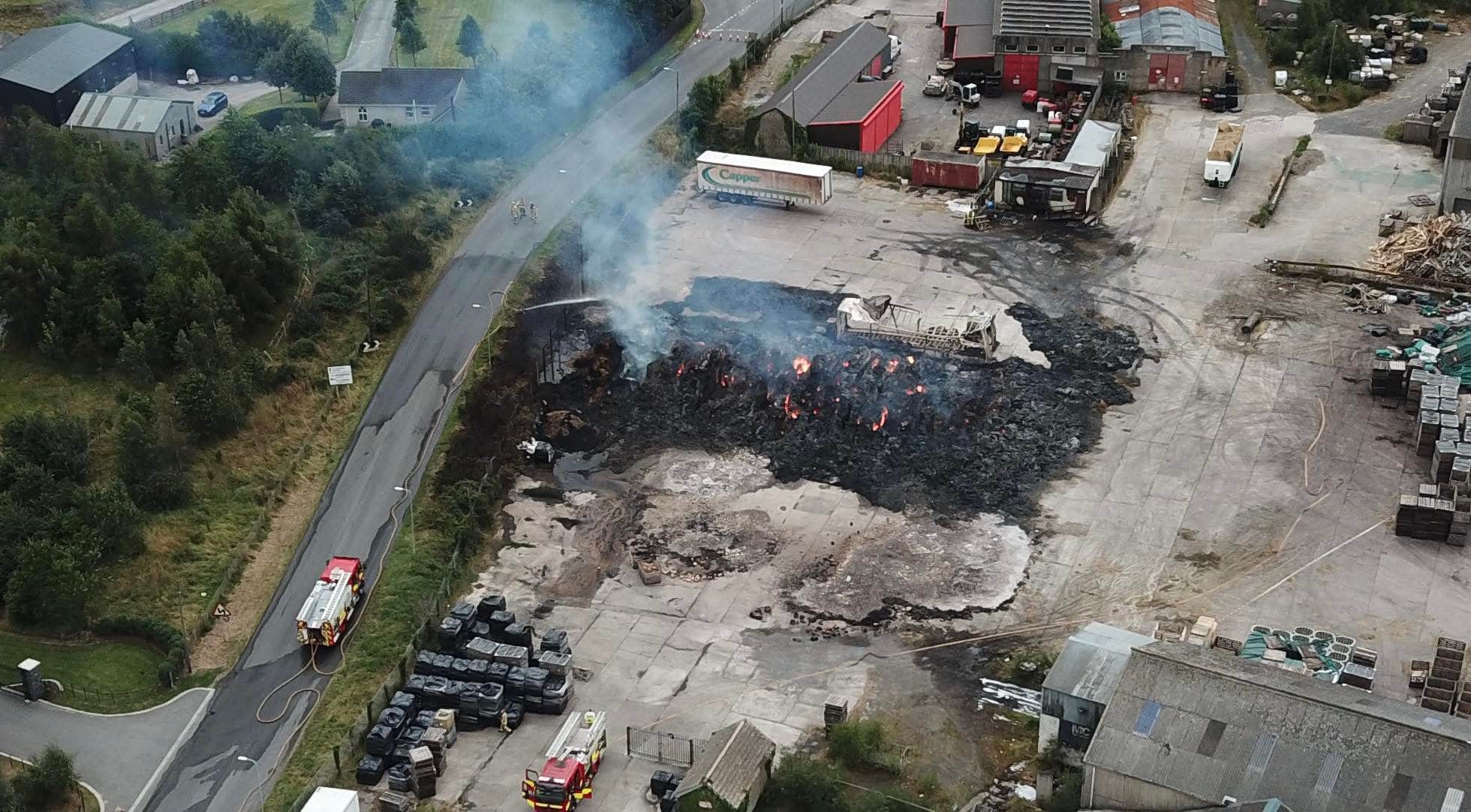 The extent of an overnight fire at Annaghmore can now clearly be seen.

An aerial image – sent to Armagh I by Phillip Douglas – shows all that remains after hay bales ignited.

It took 55 firefighters to bring the blaze under control, with six appliances attending the scene at Blackisland Road.

The fire began shortly before 10pm last night (Saturday), and a number of fire crews remained at the scene on Sunday afternoon.

The picture was taken at around 2pm and shows fire appliances on standby.

It is understood the bulk of the fire was centred on large stack of hay bales, as fire crews battled intense heat to keep nearby buildings safe.

Police in Portadown confirmed the report of a large fire at an industrial complex at Derrycorry North at approximately 10.20pm.

Inspector McCullough said: “Our officers, along with the Northern Ireland Fire and Rescue Service attended. It is our understanding that a large amount of hay bales sparked ignition resulting in the blaze.

“A substantial amount of monetary damage has been caused.”

An investigation will be carried out to determine the cause of the fire.