Police headbutted, kicked and bitten by defendant found with drug in his underwear 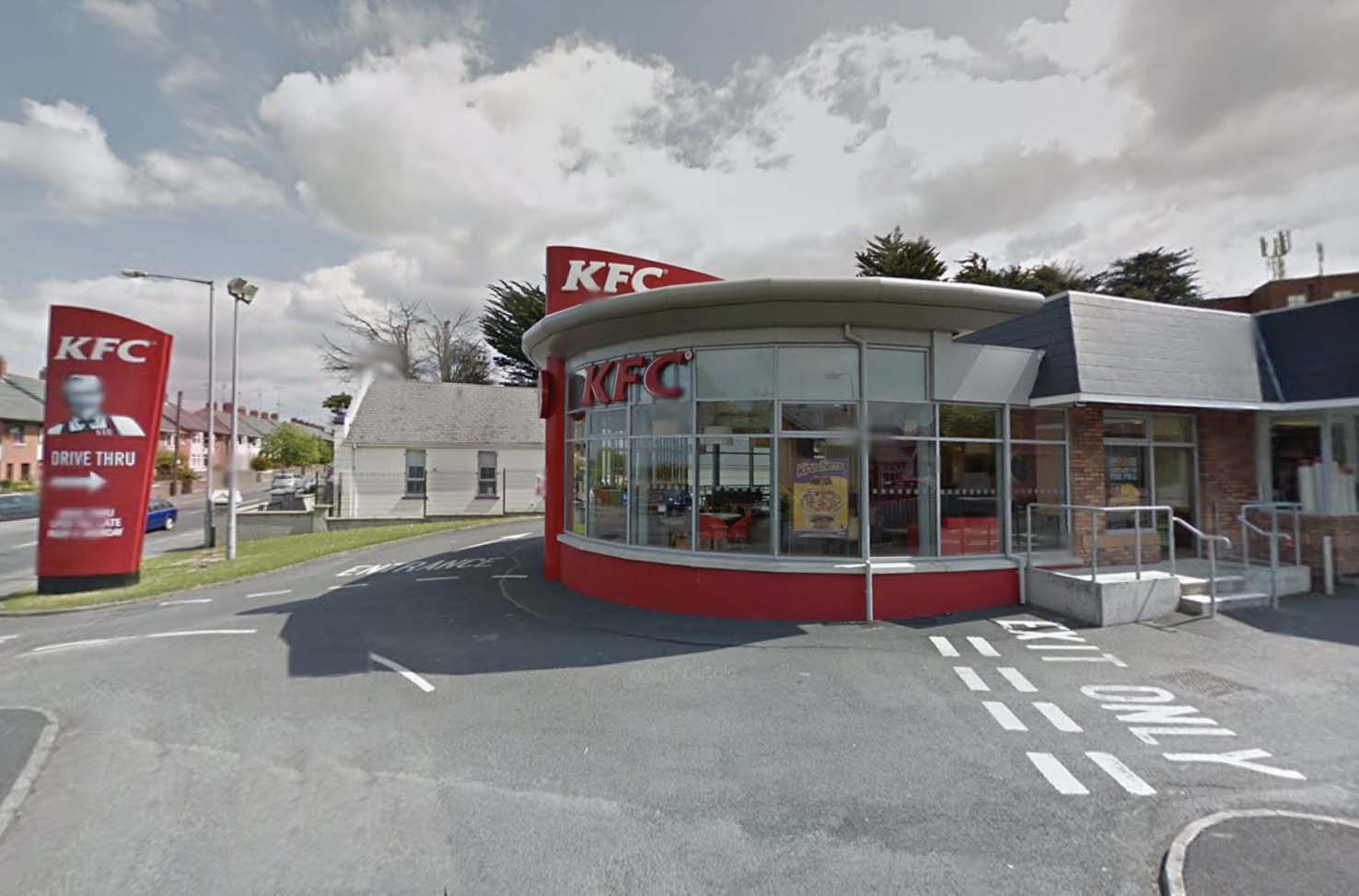 A Lurgan man who assaulted four police officers after becoming aggressive with staff at a takeaway restaurant has been sentenced to four months in prison.

Court heard the 26-year-old threatened staff at KFC in Portadown after he believed they had “short-changed” him.

Conor James McConville, of Dill Avenue, pleaded guilty to two counts of common assault, four counts of assault on police, two counts of resisting police, disorderly behaviour and possession of a Class B drug at Craigavon Magistrates’ Court on Friday.

Court heard that the defendant had been sentenced to two years in prison the day prior to this and that all of his live suspended sentences had been invoked.

The incident occurred on June 30, when police were called to the KFC in Portadown to reports of a male who became aggressive and was banging the windows of the restaurant.

Officers spoke to two members of staff who stated that McConville had been aggressive and threatening towards them.

The defendant was cautioned but made no reply.

Police decided to cuff McConville for his and the public’s safety.

However, as they tried to do this he kicked out at officers.

It was heard the defendant headbutted one officer, kicked another and grabbed the testicles of a third.

McConville was subsequently taken to the ground where he continued to kick out at police.

The defendant then proceeded to bite one officer on the leg and when asked to stop he bit the officer again.

Court heard that limb restraints and back up was required to arrest McConville.

Officers tried to conduct a search of the defendant, but he continued to bite and started spitting at them.

Court also heard that in custody McConville suffered an injury to his hand, and whilst an officer attempted to put a dressing on the wound the defendant pulled him, causing discomfort.

Prosecution also told court that a search was finally conducted during which a small amount of cannabis was found in McConville’s underwear.

Defence barrister Seamus Lannon said a dispute had occurred between the defendant and members of staff from KFC after McConville believed he was “short-changed”.

He said police were called by staff at the restaurant but the defendant felt he should have been the one contacting police.

However, Mr Lannon did accept that “the manner in which he behaved is totally disproportionate”.

The barrister said McConville had “paid a significant price” for this offence as he had lost his bail status and been left with a “quasi-permanent” hand injury, which required surgery.

Court heard that the defendant had started taking alcohol at the age of 12 and by 13 had begun taking drugs.

Mr Lannon said that McConville would have a “significant time in custody to reflect on these offences”.

District Judge Bernie Kelly stated: “This is the worst set of facts I have listened to in a long time with regards to actions towards police.”

She told the defendant. “The only reason you keep appearing before this court is drugs or alcohol or in some cases both. At the age of 25 you really need to do something for yourself.”

McConville was sentenced to four months in prison for his offences.