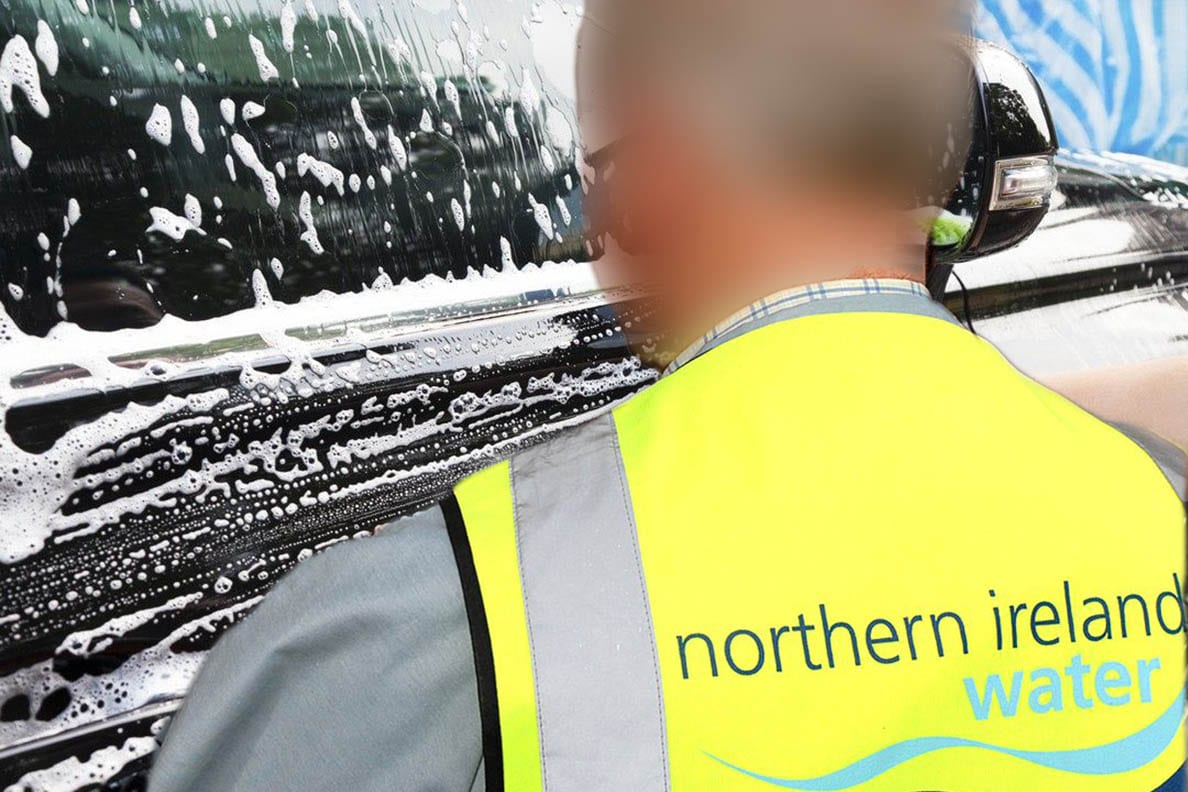 An NI Water employee who threatened to close down a Co Armagh car wash unless they gave him £100 has avoided prison.

Gary Smith, 56, of the Beeches, Portadown, pleaded guilty to two counts of fraud by abuse of position at the Craigavon Magistrates’ Court on Wednesday.

It was heard the injured party contacted police on February 20 saying an NI Water employee had visited his car wash on Montague Street, Portadown, in November of last year.

Smith noticed that the business did not have a water meter installed and subsequently made a threat to shut down the operation unless he was given £100.

The injured party believed that to be the end of it, but the NI Water employee returned on February 20 requesting a further payment of £100.

The payment was arranged to be made three days and Smith was apprehended following the handing over of money.

The defendant was found to have £100 in cash on his person.

During interview, Smith denied being given money in November but accepted he had received £100 in cash in February.

He told police this was for him to install a water meter at the premise as a private job.

It was heard no receipts or notes could be found regarding such work to be completed.

Defence counsel stated Smith was “aware the offences committed were such that they would attract the risk of custody”.

He added that the defendant had been “open and honest” during his pre-sentence report which was before the court.

It was heard Smith had three sons – two of which were professionals – and one who had just finished college.

Defence counsel said the defendant “had let his family down a bucketload”.

He stressed that Smith was “embarrassed and ashamed,” adding “this is not a plea based on “poor me, but of how much he has let his family down”.

Court heard that the defendant’s wife was in court as she had seen this as “a blip on an otherwise impeccable career of a once proud man”.

It was also heard Smith had resigned from NI Water for whom he had worked for 26 years and had now found work as a bricklayer.

Defence counsel also stated the defendant was the “bedrock” of his wider family, having been the oldest sibling of a family who lost their parents prematurely.

It was also heard that Smith’s own health had deteriorated since this incident, but defence accepted – as did his client – that it was all his own fault.

Counsel suggested that a high compensation “which would hit the defendant in the pocket” could help him escape prison time, adding that Smith would “move heaven and earth to make the payment within the required time”.

District Judge Paul Copeland stated: “This was a mean and cynical offence in which you used swagger and bluster to overbear the comparatively unsophisticated young businessmen.

“A custodial sentence would be considered by any court.

“You abused the trust of your employer for personal gain, you caused fear and intimidation”.

But Judge Copeland conceded: “If you go to prison it will not just be you who suffers.

“You have sullied your reputation, and this was hardly the conduct of a criminal mastermind”.

Smith was sentenced to four months in prison, suspended for two years.

He was also ordered to pay a £1,000 as a way of compensation to the injured party within eight weeks.