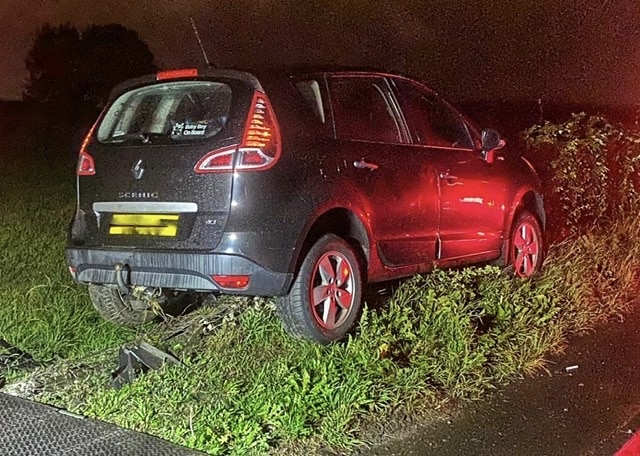 Police were alerted to a potential drink driver moments before it crashed off the road in Portadown over the weekend.

According to the PSNI, night shift officers from Road Policing were patrolling the M1 motorway around 2am on Sunday morning when a concerned member of the public reported a vehicle travelling westbound on the M1 and leaving the motorway network at Junction 12 – towards Craigavon.

Officers were tasked to the report where they, a short time later, located the vehicle – which had crashed – on the Dungannon Road, Portadown.

The driver failed a roadside breath test and was arrested.

In custody they provided an evidential sample in excess of double the limit.

A police spokesperson said: “The arrested person was charged with offences of excess alcohol and no insurance and will now have their day in court.”