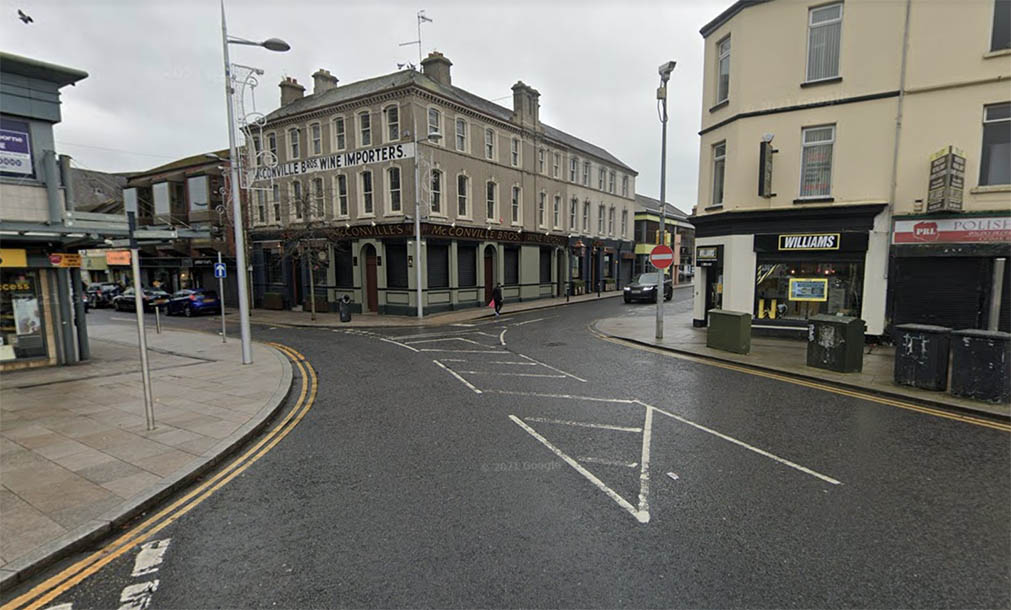 A man in his 20s is fighting for his life in hospital following an assault outside a Portadown bar on Sunday morning.

Police believe that the injured man was assaulted outside licensed premises at the junction of West Street and Mandeville Street, in the town centre, at around 1.40am.

A short time after the assault occurred it was reported that the man had fallen in the street and was taken by ambulance to hospital where he remains at this time in a critical condition.

Detective Sergeant Stephen Wilson said: “We have been conducting a number of enquiries following the incident and have arrested a 22-year-old man on suspicion of grievous bodily harm with intent. He is currently in custody assisting with our enquiries.

“From CCTV footage of the scene at the time of the incident we can see that there were a large number of pedestrians and motorists in the area.

“I would appeal to anyone who witnessed the assault or who has dash-cam footage from the scene which could assist with our investigation to contact detectives at Lurgan on 101, quoting reference number 569 17/10/21.”

A report can also be submitted online using the non-emergency reporting form via http://www.psni.police.uk/makeareport/. You can also contact Crimestoppers anonymously on 0800 555 111 or online at http://crimestoppers-uk.org/.