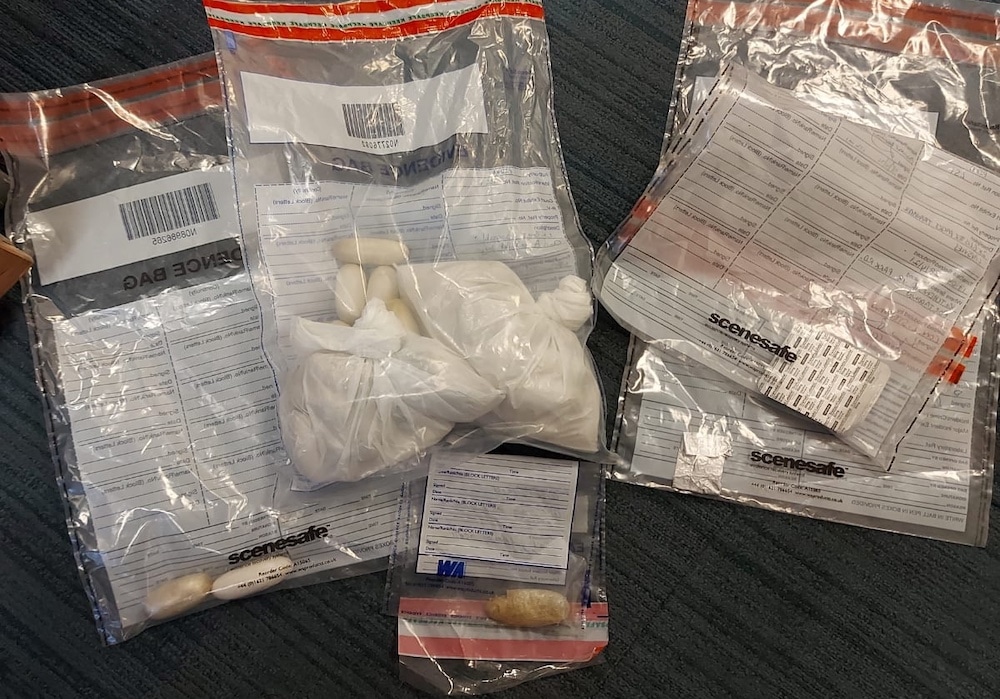 A man accused of being in possession of upwards of £60,000 worth of heroin in his Portadown home has been refused bail.

A prosecution solicitor said the raid was carried out at around 4pm by officers executing a search warrant.

The court heard how Oliveira, who was in the property at the time, was observed placing an item in the toilet, which was retrieved. The defendant later admitted it was heroin.

The house was then searched and further drugs were uncovered, including a quantity of cocaine and 20 tramadol tablets.

In total, 600grams were found, with police – prior to testing – estimating the haul at £100 per gram.

Oliveira was taken to Lurgan police station where he made “full admissions” during interview.

He was asked if the heroin, which was stored in bullets, were his to which he stated he had “a drug debt to pay so a man he owed the money to made him store these drugs in the house”.

He stated that “other men, who he knew, came to collect them from him; different quantities of the drugs at different times”.

He was asked who all of these males were but Oliveira refused to provide their details. He stated that the tramadol was his, that he got it in Portugal where you do not need a prescription for the drug.

The court also heard that during the police interview, the defendant also claimed that in order to hold the drugs in his home he was paid one bullet of heroin per week, but that half of this bullet was “given back to the male as payment for his outstanding debt”.

The prosecution, objecting to bail, said there was a fear of further offences because “he still has the debt and he has lost all of that so there’s a potential risk to him”

She added: “We would class him now as vulnerable; he is a drug user who has already accrued a debt to these individuals, now he has an even higher debt.”

She also raised concerns the Oliveira, who has £300 cash and passport in his home, “would give him the means to leave the jurisdiction”.

Defence solicitor Ruairi Gillen stated that he had “never – either in my own experience, or hearing of other cases – ever heard that submission by the Crown come true, where you’re holding drugs for someone, your address gets burned, the police are well aware of it, that they go back and use you again, it simply does not happen. It wouldn’t be good for their drug business to keep placing drugs with someone the police have under surveillance.”

To which the prosecution retorted: “We’re not suggesting it would be the same sort of offences…the point is that he now owes them £12,000-15,000 – at its lowest form – more than he did before, however, they may look to him to pay off that debt.”

Mr Gillen, described the prosecution argument as “complete conjecture”, adding: “I think it’s unfair for any of those sorts of things to be said without anything whatsoever to back it up other than a prosecutor standing up and saying ‘here’s what we think might happen’.

“He’s been here 22 years, he has a cash surety from his niece who is a business owner in Portadown. He has lived at the same address for more than 10 years and has been bailed to this address before so there are no questions over suitability.”

“An excellent bail application but I continue to have concerns,” she said. “He has a record and has done this on more than one occasion, as well as the concern he will not turn up for his trial – it’s the further offences which concern me most.

“He’s an addict and I’m not sure where he goes in terms of dealing with his addiction and these people. I’m afraid, I’m going to refuse bail.”