The Education Minister has detailed the state of play for all major schemes planned in primary and secondary schools across the constituency including St Ronan's College, Lurgan College and Clounagh Junior High 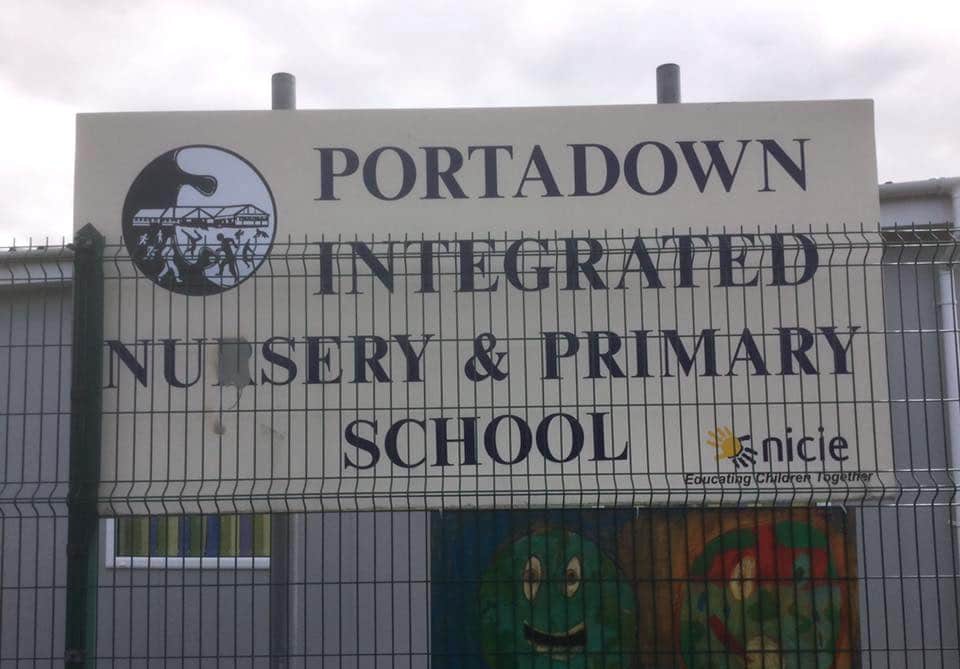 Plans for two new-build integrated schools in Upper Bann will take a major step forward in the New Year.

Portadown Integrated Primary School, currently based at Kernan Road, is patiently waiting news on plans for a new-school which has been in the pipeline for close to a decade now.

There have been ongoing issues over the search for a suitable site.

But there has been significant movement behind the scenes.

For it has now been confirmed that an Integrated Consultant Team, which will oversee the delivery of the new school, should be appointed by the middle of this month.

Meanwhile, work on the “early design stages” is then due to start in the New Year, bringing movement and hope for a new school, with a “major capital investment” on course, after years of expectations and promises never materialised.

At the same time, construction work on the replacement New-Bridge Integrated College is expected to start in May 2022.

The school, at Loughbrickland, was given planning approval for a £17.8 million new-build in November last year.

It will deliver close to 110,000 sq ft of teaching accommodation, the announcement of approval coming in the school’s 25th anniversary year.

According to Education Minister Michelle McIlveen, the works will involve “a new school building on the existing extended site with full provision of playing pitches and tennis courts”.

And the Minister has confirmed that “construction is anticipated to commence in May 2022”.

It has previously been indicated that the school could take around 18 months to build, meaning it could be fully operational by the end of 2023.

The Education Minister has confirmed that there is currently four major capital projects, two fresh start projects and six school enhancement projects in the pipeline in the Upper Bann constituency. There are also a number of minor works projects “too numerous to mention”.

She gave details in response to a question from Upper Bann DUP MLA Diane Dodds.

The Minister provided an update on a number of key projects and gave estimated start and completion times for works in some cases, and general state of play information in others.

In relation to Lismore Comprehensive College in Craigavon, Minister McIlveen said the new build project is “currently on site and is due to complete in early 2023”.

But the St Ronan’s College development in Lurgan – on which work started in February – could be three years away.

Said the Minister: “The main procurement for the new school build at St Ronan’s College is being re-run, therefore it is unlikely that the project will move to construction until late 2022.

“The construction period will be approximately 24 months, therefore we currently expect that the school will take delivery of the new-build in late 2024.

“However, this timeline is dependent on the project progressing without any unforeseen delay in either the new procurement process or whilst on site.”

In relation to new-build plans for Clounagh Junior High, a design team is expected to be appointed during this month, with a “technical feasibility report to be completed by July 2022”.

A replacement two storey extension is planned at Lurgan College, together with the removal of temporary accommodation.

According to the Minister, a design team was appointed in August 2019 and the technical feasibility report was completed in March this year.

“The Business Case to support this project is currently being developed,” said Minister McIlveen.

Six primary schools in Upper Bann are also awaiting significant works, with updates on all now given.

At St Mary’s Primary School, Derrymore, a procurement exercise to appoint an integrated consultant team (ICT) to take this project forward has completed and the preferred bidder will be notified shortly.

Said the Minister: “Once appointed, the ICT will prepare a technical feasibility report which, when approved, will form the basis of a robust business case by the Department to determine the preferred projects.”

The company has prepared a draft technical feasibility feport on all options including refurbishment and new-build proposals.

Said the Minister: “On approval, the report will form the basis of the development of a robust business case by the Education Authority to determine the preferred project option.

Lurgan Model Primary School is to benefit from a new-build extension and refurbishment of the existing building.

A Design Team was appointed in August 2019 and the technical feasibility Report was completed in February this year.

“A business case is currently being developed to enable this project to progress,” said the Minister.

A design team was appointed for major works at Carrick Primary School in June this year and the technical feasibility report is due to be “completed by January 2022”.

A design team for Hart Memorial Primary is also expected to be appointed this month with the technical feasibility report to be completed by July 2022.

A new build extension and refurbishment is also planned for Presentation Primary School. A Design Team was appointed in October 2019 and is currently progressing through technical design stage.

Minister McIlveen said all of the plans and dates were not written in stone.

She explained: “Capital projects are complex by their very nature and a variety of factors can contribute to delays which cumulatively impact on delivery of a project.

“All programmes will, of course, be subject to regular review, particularly in light of the ongoing Covid-19 situation.”