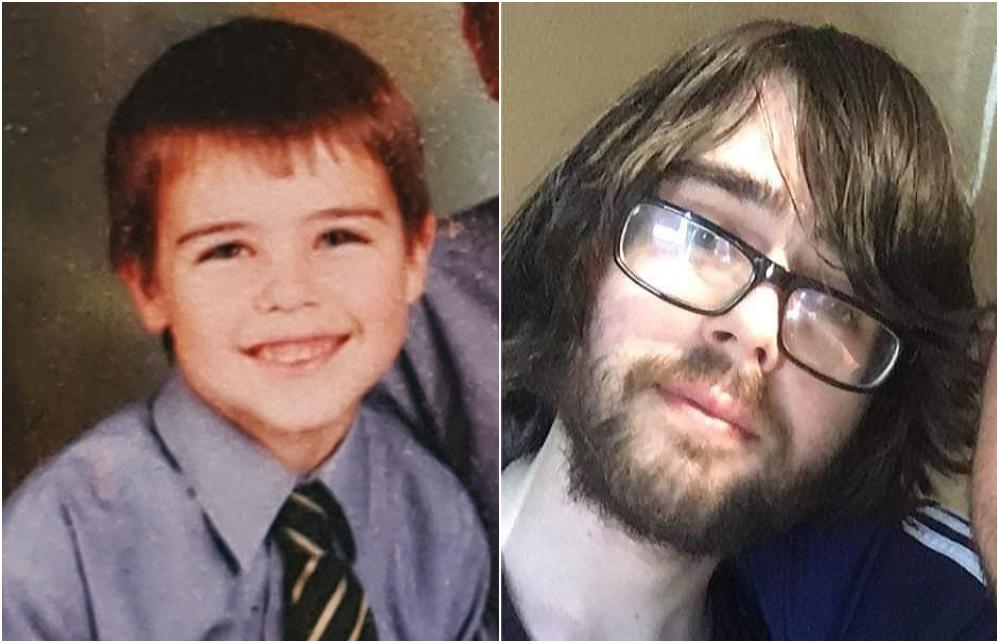 A heartbroken Portadown mother has spoken out against an online suicide forum which gave her son detailed information which he used to take his own life.

Julia McKeever discovered her son’s lifeless body in his flat on February 25, after police were called to force entry.

Luke O’Hara was just 25. It was not immediately apparent but his mother later discovered that he had used an online forum in order to access the information he wanted on how to carry out his suicide.

Speaking to Armagh I,  47-year-old Julia admitted that the ordeal was still “raw”.

But she felt the need to tell her son’s story in order to prevent another mother going through the same experience.

Recalling that day just 10 weeks ago, Julia said: “Initially, we were asked to leave the flat because obviously the police had to figure out what exactly had gone wrong.”

She described watching police, forensics, fire service personnel and others pile into her son’s home in Portadown.

“The only thing that they kept saying was that there was a dangerous substance or a chemical substance.”

Julia revealed that Luke had been very conscious about his health, with regards to taking vitamins.

“I just thought he has done something silly, he has tried to purify water and this has all been a horrible accident.”

However, Julia could never have imagined what she was about to discover later that same evening.

She had taken Luke’s computer home with her and upon opening it she found emails that showed he had joined an online suicide forum.

Initially Julia was not able to sign into her son’s accounts on the platform but subsequently reset the password and she was in. She outlined: “Whenever I went into the website, I found that he had 19 messages…he had more or less told them online what he was going to do and what stuff he was going to take.

“There were messages back to him to let him know where he could find the stuff but there was no one trying to talk him out of it.”

Julia quickly found terms being used such as ‘CTB’,  an abbreviation of ‘Catching The Bus’.

“Then you’ll get people turning around and saying stuff like ‘safe on your journey’.”

After a scan through the site and Luke’s messages, Julia wrote a post from his account explaining who she was and asking to speak with anyone her son had been in contact with.

“I was immediately blocked and he received an email telling him, more or less, that his mother had accessed his account.”

Unperturbed, Julia set about creating her own account in order to get a better understanding of what the website was.

“Basically, it’s a forum for people that are depressed, who are considering suicide. Some people, who have joined the site, have been able to leave because they have got the support they need but not all are fortunate.”

One frightening discovery which Julia did find was a list of several different methods in which to take your own life.

She said: “Once you go into that, it explains everything fully, what you can buy, how to do it and that’s how the site he was on seemed to work.”

Julia said that details on how Luke had chosen to end his life informed him that it would not be a “quick process” and to ensure that he did it at a time people were unlikely to call.

The mixture of substances which need to be ingested were listed for him, with Julia later finding that several of the medications had been “signed off” and sent by a Sri Lankan doctor.

She stated that she is still unaware of where the final substance was purchased but commented it was widely available on the internet.

“I didn’t even know that it was a possibility, but it seemed to be one of those ones that can be quite peaceful. So a lot of people are thinking well, rather than hanging yourself or doing this or that,” Julia said.

Julia admitted that she felt very conflicted by the existence of the site when it came to the death of her son.

She said: “I don’t want my son to have committed suicide but I’m glad that he found a peaceful way and he got to talk to other people that are going through certain issues.

“The website does have people that are coming out the other side, that are getting help, but it’s also helping to assist suicide as well.”

Talking about her son, Julia revealed the Luke was diagnosed with autism when he was 12 years of age.

“We are going back a good few years,” she said. “There really was not the support, or even the acceptance, for autism in schools when he was diagnosed.”

Julia commented that there was a prominent view during that time with many seeing the diagnosis as “badly behaved children”.

Five or six years ago, she explained how she had tried to set up a support group for mothers of older children with autism.

She stated:”The problem is that once you leave the system, it’s kind of get on with it now, that’s what I found. Also, unless your child will work with the system, the system doesn’t work with your child.

“I understand that they expect that they’re putting their time and effort in, but unfortunately, when you get to an adult and you’re dealing with someone with autism, if they don’t see the point in talking to you, they’re not going to talk to you.”

An avid gamer, Julia explained that due to this Luke would often have issues with his hands, which deteriorated over lockdown with him being unable to gain access to a doctor.

She stated that even in one of his posts on the aforementioned site, Luke had referred to not wanting to be a “cripple”.

Julia later discovered that through this pastime, Luke had developed a close relationship with three individuals online over a number of years.

“They had known him seven years but they only knew him by his avatar and account name. They knew he was from Northern Ireland but knew nothing else about his family.

“The month before he committed suicide, he told them he was going to do it. The three of them genuinely tried everything possible to find out where he lived, talk him out of it and get him help.”

However, Julia believes that due to Luke’s diagnosis and the effect it had on his outlook on life there was very little that could have been done.

She said: “He was highly intelligent, but he just didn’t see the point in life, what its purpose was. This seemed like a finality for him. People look at suicide and think well they must have been depressed.

“Yes, part of Luke was depressed but part of him was thinking this is the next step, I either live or I die. He didn’t see anything positive in life and I don’t think they could have stopped him.”

A testament to Luke’s thinking at the time, Julia revealed that he had ordered an £800 MP3 player along with several other items which were due to be delivered on the day he took his own life.

Speaking about her decision to speak out, Julia admitted that there was a Catch-22 situation in whether or not to do so would raise awareness or promote such websites.

She said: “For me as a mother, I would rather know about these sites than not know because if I had known I possibly could have helped my son.

“I saw a 17-year-old girl on that website, and she had said she was going to commit suicide, and asked if anybody wanted to come to sit with her while she did it.”

Julia said that others were also willing to video themselves committing that act, so that others could see exactly what happens as it goes live.

Julia stated that parents of those with autism also needed to be made aware of the possibility of them committing suicide.

“Because they’re obsessive, it could just come out of the blue to them ‘I want to commit suicide’. So what do they do? They go and search and find this site.

“They’re given a list of how to do it and then within three or four days of that they have taken their lives and their parents haven’t seen it coming.”

Julia believes that her son applied to join the website he had used on January 9, just over one month prior to taking his own life.

Warning others, she said: “I think there’s more people on these sites than people know. Something needs to be done and people need to be aware of what is out there and what their children are looking at.

“I have lost my son, I will not get him back but I do not want more people to go through what I have gone through.”

If you want to talk about how you feel or how you deal with someone else’s behaviour, you can speak to a friend, family member or your GP.