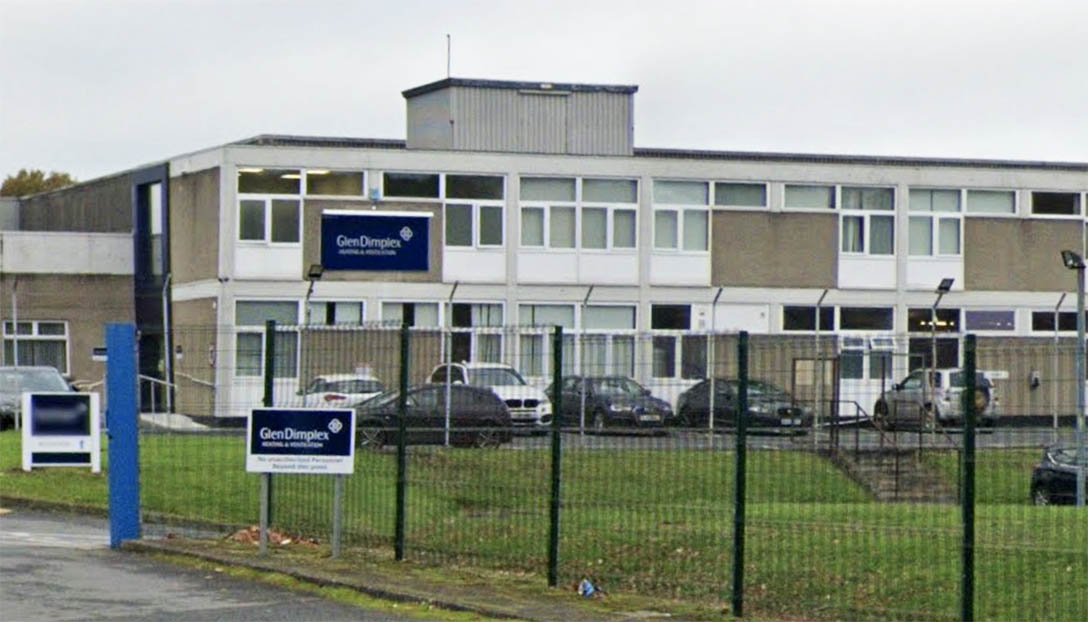 Glen Dimplex UK Ltd in Portadown has been served with notice of strike action after 96 percent of workforce voted for action in a strike ballot over Living Wage concerns.

The first three-day strike action is due to commence with workforce pickets forming at 6am Wednesday, November 10 until Friday, November 12 at 3pm.

Unite the union has warned of the likelihood that initial strike action will escalate to all out strike if management do not provide a Living Wage to its workforce.

Glen Dimplex is a hugely successful company, commanding more than 70 percent of the home heating market in the UK.

The company is ramping up investment and introducing new lines to take advantage of the surge in demand for its highly energy efficient products.

Unite General Secretary Sharon Graham said: “More than 75 percent of workers returned their ballot in the seven day period and with a 96 percent vote for strike action it is clear that they are resolved to win a real pay improvement.

“Make no mistake Unite is now determined to defend the jobs pay and conditions of our members. So the Glen Dimplex workers in Portadown will have the full support of my union in their fight to win a Living Wage.

“The Portadown workforce of Glen Dimplex is among the lowest paid in the manufacturing sector in the area: experienced operators received a bare £9.07 per hour, with a new start operator receiving only the national minimum wage.

“The workforce pay claim is for a one pound an hour increase with the aim of catching-up the living wage, never mind what is earned by workers at other local manufacturing sites competing for the similar skilled workers amidst a labour shortage.”

Neil Moore, Unite Regional Officer for Glen Dimplex, explained how the company pay has been allowed to fall back over a period of years.

“Glen Dimplex bosses need to recognise that if this strike proceeds all production at this site will shutdown; the likelihood is that this action will quickly escalate into an all-out strike by the workforce,” said Mr Moore.

“Workers estimate the output on one of four heater production lines in the factory alone is worth £375k a day: management need to see that the impact on the company’s bottom-line of a prolonged strike will dwarf the costs of paying its workforce fairly. They must now show their workforce some respect and pay the Living Wage.”