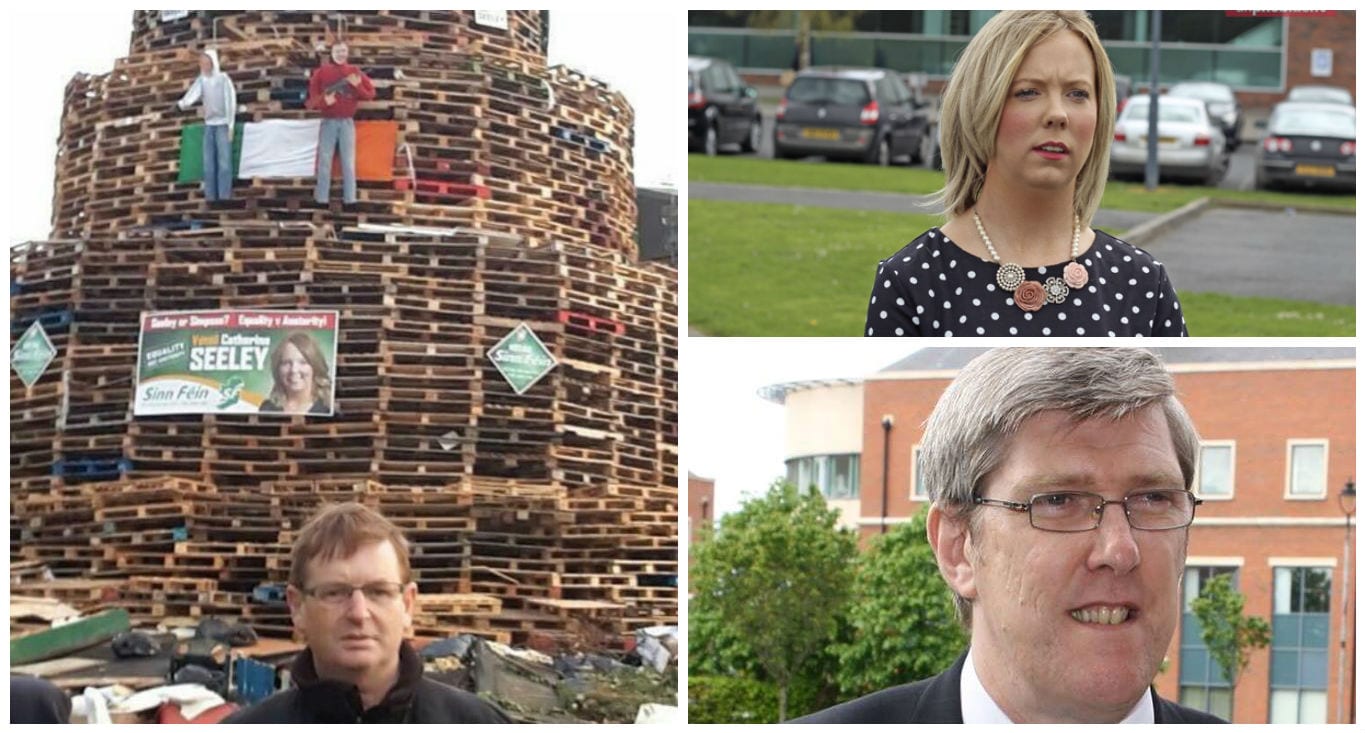 The placing of effigies and election posters on July bonfires has been branded a hate crime at Stormont.

Questioning Minster Sugden Mr O’ Dowd asked the Minister of Justice “whether she agrees, as we approach the marching season and the bonfire season, albeit acknowledging that a lot of work has been carried out in the PUL community to reduce tensions, particularly with bonfires, that it is still unacceptable to see posters, effigies and images being burned on bonfires?”

He commented: “A number of sites have become notorious, such as the Ballycraigy Road and the Dublin Road in Antrim. We have seen the continuing burning of posters and effigies in my constituency in Banbridge and Portadown. Does the Minister not agree that the PSNI should treat it more seriously and treat it as a hate crime?”

“If he has examples of specific ongoing incidents, I suggest that he directs those comments to the PSNI, even through the Policing Board. Again, it is an operational matter, which I find it difficult to comment on. Indeed, it would not be appropriate for me to do so. To reiterate: incidents of hate crime are unacceptable. I appreciate where you are coming from, so, in trying to deal with this particular issue, I would direct the Member to the PSNI.”

Speaking outside the Assembly Mr O’ Dowd said: “Any incidents of election posters belonging to myself or Catherine Seeley which end up on Bonfires this year will be reported to the PSNI as hate crimes. The burning of posters, flags and effigies is not harmless fun it is a hate crime and has no place in any culture.”