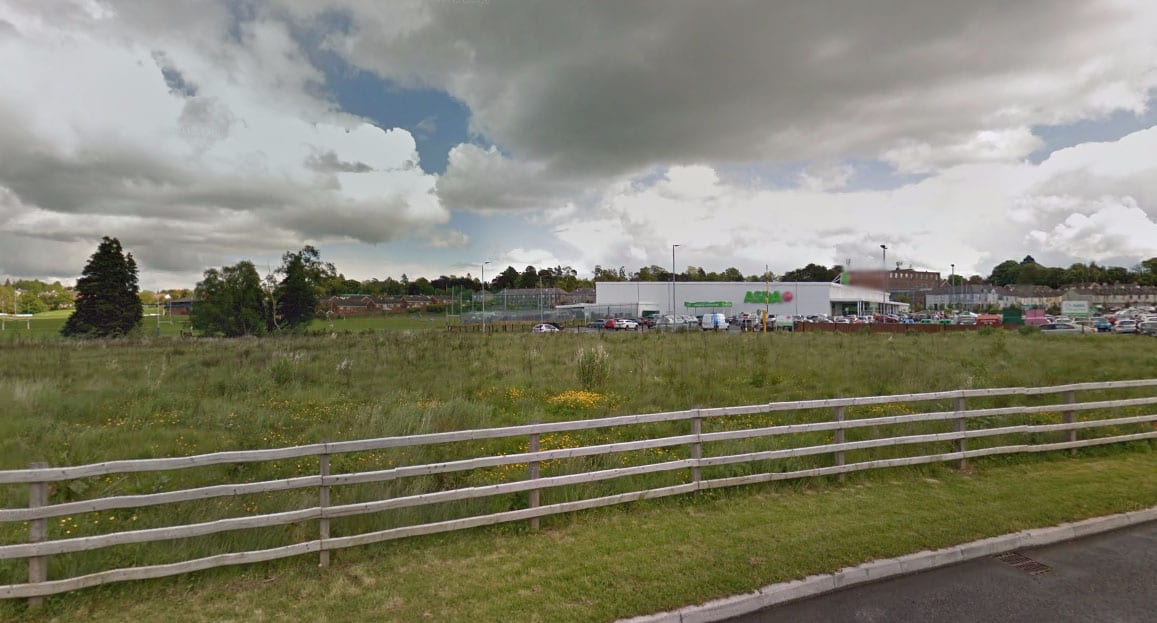 Foodies could have another reason to celebrate with yet more dining developments on the menu for County Armagh.

Proposals have been drawn up for no less than FOUR new outlets in Portadown.

The development would be anchored by a drive-thru coffee shop/restaurant.

And, close by, a further three café/restaurant units would be built side by side.

The new-built outlets have been earmarked for a long vacant site beside the Asda superstore and next to Portadown Rugby Club.

The plans also include the provision of 133 car parking spaces, as well as three disabled parking bays. Derelict land adjacent to the Asda store in Portadown

It is not known at this stage whether the units are being built with tenants in mind or will be advertised to let.

But there is already speculation growing that the overall deveopment – the main drive-thru café unit – could be anchored by Costa Coffee.

The proposals have been submitted by Turkington Properties Ltd, who are currently involved in building the Costa Coffee outlet at the Spires Retail Park, just off the Moy Road in Armagh.

The architect for the ambitious development is the Belfast-based Like Architects. They too have previously been linked with the internationally celebrated coffee franchise, having designed the hugely impressive Costa Coffee outlet at the Coleraine Retail Park.

Costa Coffee already have an outlet at the nearby Rushmere Shopping Centre in Craigavon and are currently in the market for expansion.

Proposals for the development have been submitted to Armagh City, Banbridge and Craigavon Borough Council for consideration.

And news of the plans follows on from our recent revelations that the former Fruitfield filling station, on the main Portadown Road at Richhill, had been earmarked for two new food outlets.

Decisions on both will be expected in the new year.