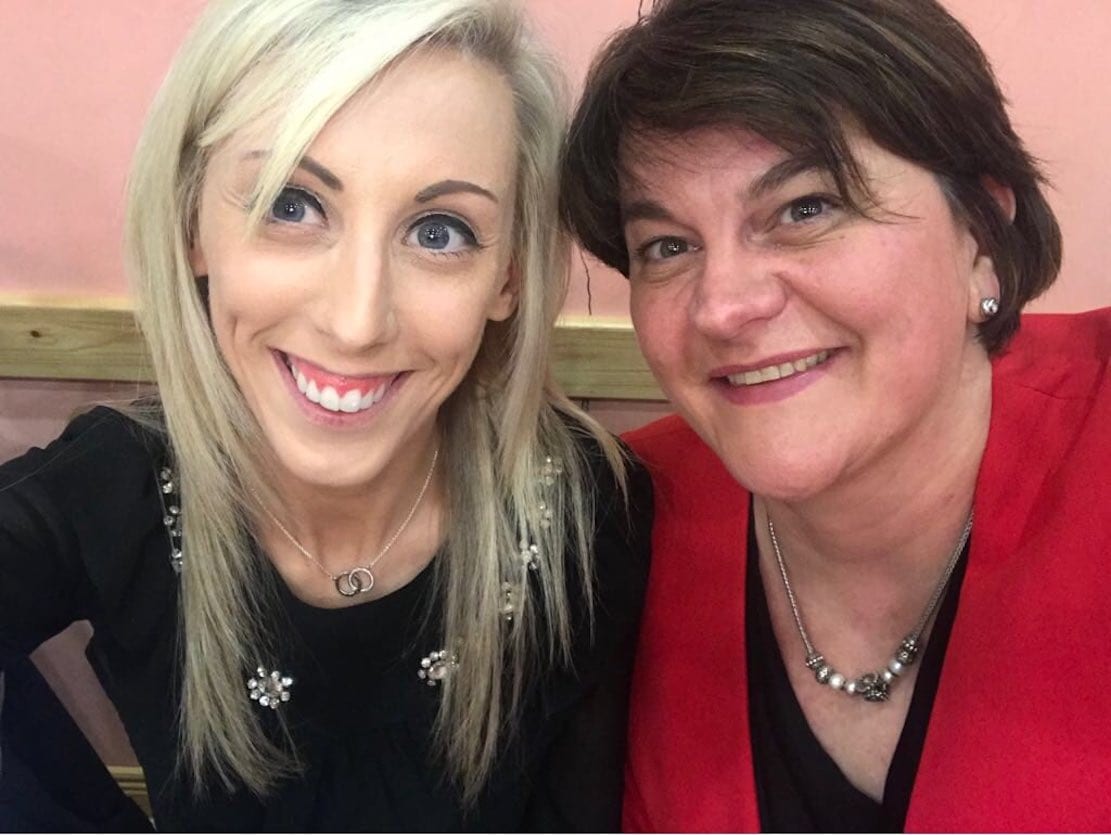 A DUP MLA says she has been overwhelmed by the cross-party support she received following a barrage of online abuse over the weekend.

Carla Lockhart was the target of online trolls who made disparaging remarks about her physical appearance after a photo of her and Arlene Foster was shared on the party leader’s Twitter account.

Speaking on the issue Ms Lockhart said: “The remarks made on social media were very personal and hurtful.

“Being in public life for such a long time means I have a thick skin and nearly become immune to them because it happens on such a regular basis.

“I signed up for politics and have no issue with the cut and thrust of political debate or policy discussion but I do have an issue when people feel they have the right to publicly abuse on social media.

“Most of these people hide behind a faceless twitter handle with no accountability but in this case there are a number of people who did put their name to vile and abusive comments but have since deleted them when called out by broadcasters and politicians alike.

“I did some checking into the background of these people and they have children of their own. I do despair at the example they are setting for their children.”

She added: “We all have features we would maybe change if we had the opportunity but no one has the right to be abusive, derogatory and misogynistic in their comments.

“This is not about Carla Lockhart feeling sorry for herself this is to highlight the systemic problem that exists for someone with profile but particularly for women in political life and indeed in other walks of life.

“I feel it is important that we demonstrate leadership in exposing this type of wrongful behaviour and making an example of it.

“I have been overwhelmed by the support shown to me from right across the political spectrum.

“My party leader and colleagues have obviously supported me and others locally such as John O’Dowd and Dolores Kelly.”

She continued: “This is not a green and orange battle, this goes to the core of society and the need for more regulation by social media platforms.

“There needs to be a greater focus on verification of accounts. In addition I want to thank the PSNI and particularly Inspector Burrows for his swift action this morning. He has assured me that this will be investigated by his team.

“PSNI and social media outlets need to work together to help eradicate this type of activity. In highlighting this I want to ensure that young people particularly who are perhaps being subjected to this abuse and are not suffering in silence.

“Children have been known to take their own lives as a result of online bullying and we need a wider debate on this issue and focus on it. I do thank everyone locally for their support I will not be deterred and will continue to work for all of the people of Upper Bann.”