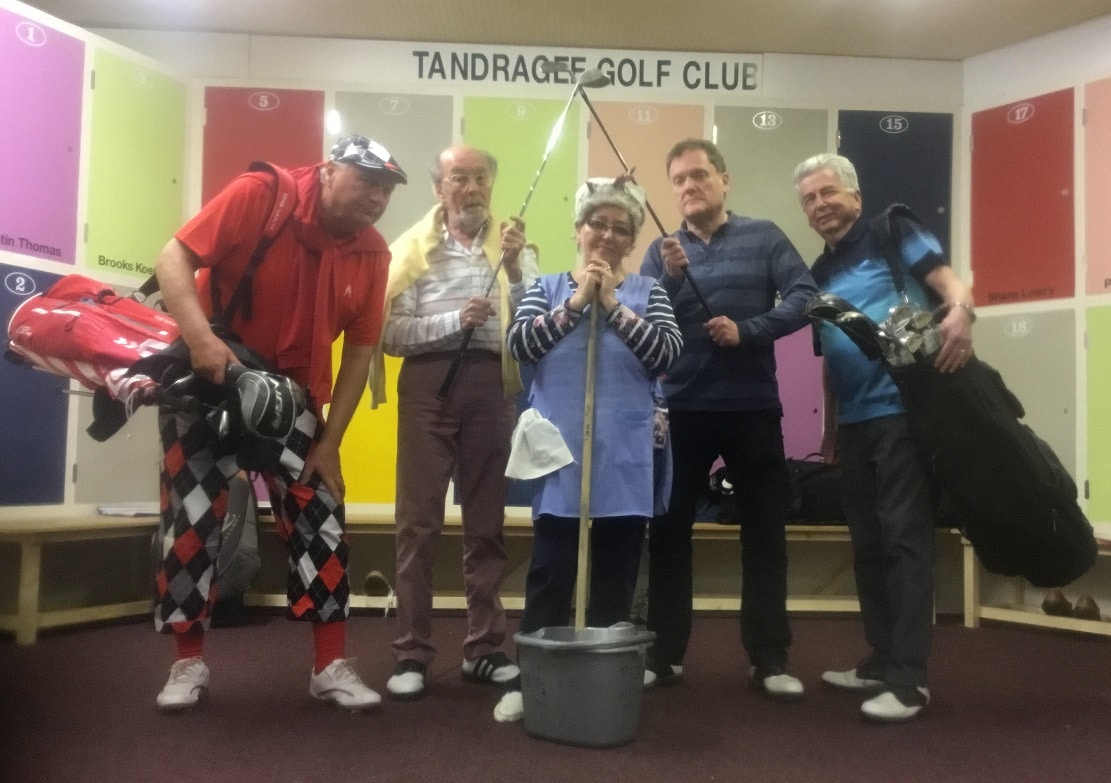 The cast of Rained Off

A play to celebrate the centenary of Tandragee Golf Club will be staged later this month after being postponed due to the Covid 19 pandemic.

Rained Off has been specially written for the anniversary – the club turned 100 in 2021 – by golf club member Armand Gaillard and will be performed by Stage Aid.

Armand, who is from Gilford, set up the amateur drama group in the mid-1980s and since then it has raised more than £75,000 for various charities and good causes.

He was recently awarded a British Empire Medal (BEM) in recognition of his achievements and, like his play, faced a delay in receiving it because of the pandemic.

Rained Off is set during the club’s centenary year and the scene is played out in the men’s locker room .

The cast consists of three long-serving members, one new member and a cleaning lady.

A lot of the history of the club is woven into the dialogue with reference to past and present members, and the evening promises to be a night of good-natured banter and craic.

The comedy will be taking place on Friday, April 29 at 8pm in Tandragee Golf Club.

Curtain-up is at 8pm and the play will be followed by live music from 9.30pm.

Although Armand was awarded the BEM in the New Year Honours two years ago, he was only presented with it last month at a ceremony at his home.

As part of the royal honour, Armand and his wife Eithne are also looking forward to attending a garden party at Buckingham Palace in May.