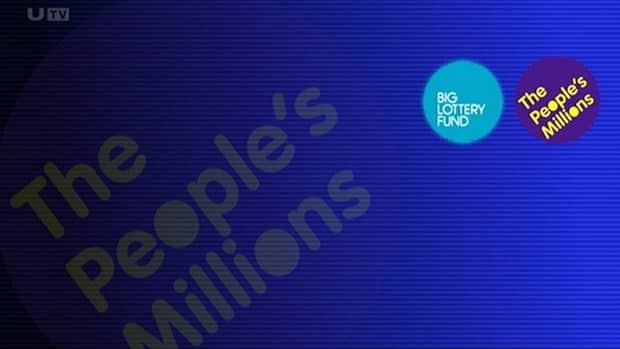 Tir na nOg GAC in Portadown has been shortlisted to take part in a competition that could land them up to £50,000 in Lottery funding and transform life for local people.

The People’s Millions, which takes place on UTV Live from 25 to 28 November, will see community groups go head-to-head in a bid to win a Big Lottery Fund award for their good causes.

Each night two groups will make their bid for viewers’ support to take home up to £50,000, with the public voting by phone to decide who wins the prize.

There are three, £50,000 awards up for grabs in Northern Ireland – one award for each night, as well as a bonus award for the runner up with the most phone votes across the week.

This is the eighth year that the Big Lottery Fund and UTV have given the public the chance to choose where the Lottery good cause cash goes in their region. Since the competition has begun 31 projects have been funded valued at more than £1.7m.

And a range of community projects across Northern Ireland, including Newcastle, Belfast, Portadown and Bangor, are now hoping to win a £50,000 grant to make a lasting difference in their area.

Voting numbers will be available on the day the projects are due to appear on ITV with Telephone voting lines opening at 9am on each day and winners announced the following day.

Joanne McDowell, the Big Lottery Fund’s NI Director, said: “The imaginative range of projects shortlisted for The People’s Millions this year really will enable local lives to be changed by you.”

She added: “While it will undoubtedly present a challenge for the public to decide which good cause to choose, the end result is certain to benefit communities in need. We want to encourage everyone to show their support for the projects which capture their imagination, as every vote counts.”

Michael Wilson, Managing Director, UTV Television, said: “UTV and the Big Lottery Fund have established a strong working relationship and we are delighted once again to support The People’s Millions.

“This will be our eighth year in partnership and we have helped give away grants totalling more than £1.75m to local projects.

“That money has helped enhance the lives of many people in communities across Northern Ireland and this year we look forward to playing our part in awarding more grants which will total up to £200,000.”