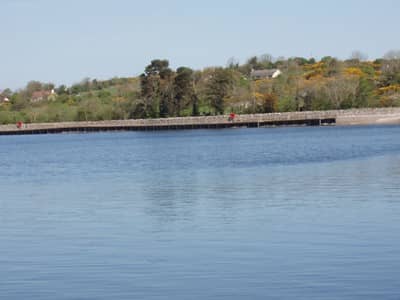 Newry and Mourne Sinn Féin Councillor Roisin Mulgrew has said she is determined the money needed to ensure that vital works at Camlough Lake will be completed, thus ensuring its continued sustainability and development, will be obtained.
The local councillor was commenting after reports that preparation works at the lake, now regarded as a major water sports and recreational facility, faced a shortfall of £1.25 million.
It is only a few years since a masterplan was produced for further potential development for the area, which is already popular for swimming, canoeing, water-skiing, triathlon and other activities.
“The Camlough Lake project is recognised by all stakeholders, particularly Newry and Mourne Council, as a major project requiring large investment,” she said.
“Sinn Féin has worked with all key agencies and user groups to ensure that this jewel in the crown reaches it’s full potential. Sinn Féin, working together with all key stakeholders, is committed to delivering this project.”
Newry and Armagh MP Conor Murphy, who lives in Camlough, added: “This is a vital project which, when completed, will ensure that Camlough Lake’s future as one of the major sporting and recreational facilities in the East Border region is secure.
“I will continue to engage with all agencies necessary to help secure the financial and practical support needed.”