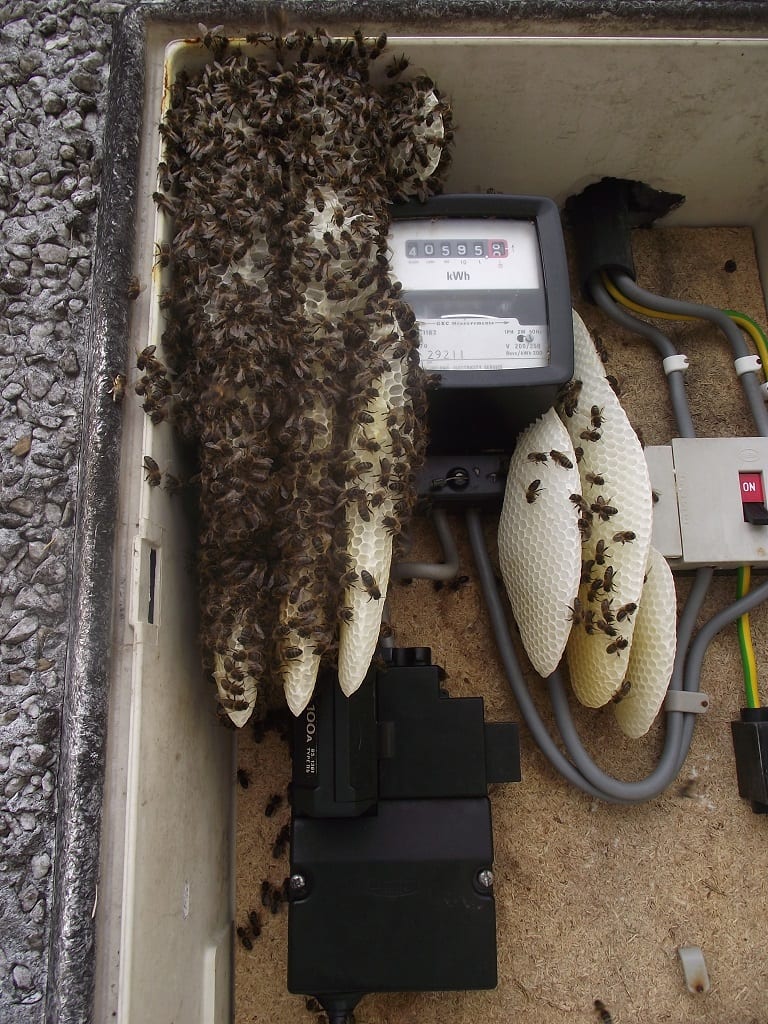 An electricity meter reader had to flee a house in south Armagh after being attacked by a swarm of angry bees.

The man got more than be bargained for when he opened the casing at the property in Belleeks.

The bees – believed to have been there for about eight weeks – had established their nest and were actively producing honey. The meter reader was reported to have been stung up to 10 times around the face and neck. But it could have been very much worse and, fortunately, the worker suffered no allergic reaction.

Northern Ireland Electricity enlisted the help of the professionals and made contact with the Ulster Beekeepers’ Association.

NIE – having taken a photograph of the shock discovery – took to Twitter to thank the Association for “putting us in touch with a beekeeper who used his expertise and skills to move the colony”.

That beekeeper was Darren Nugent, who keeps hives at his own home at Kilkeel.

The bees were successfully removed, using suction techniques, and transported to the coastal town with minimum fuss and upset.

And, as they say, every cloud has a silver living.

Mr Nugent told BBC NI: “There was a fair bit of honey in there. I shared some with the farmer who owned the house and and took the rest home.

“I’d say we got half a dozen jars of honey out of it. They were doing well in there. In fact, they were doing better than some of the bees in the hives outside my house.”