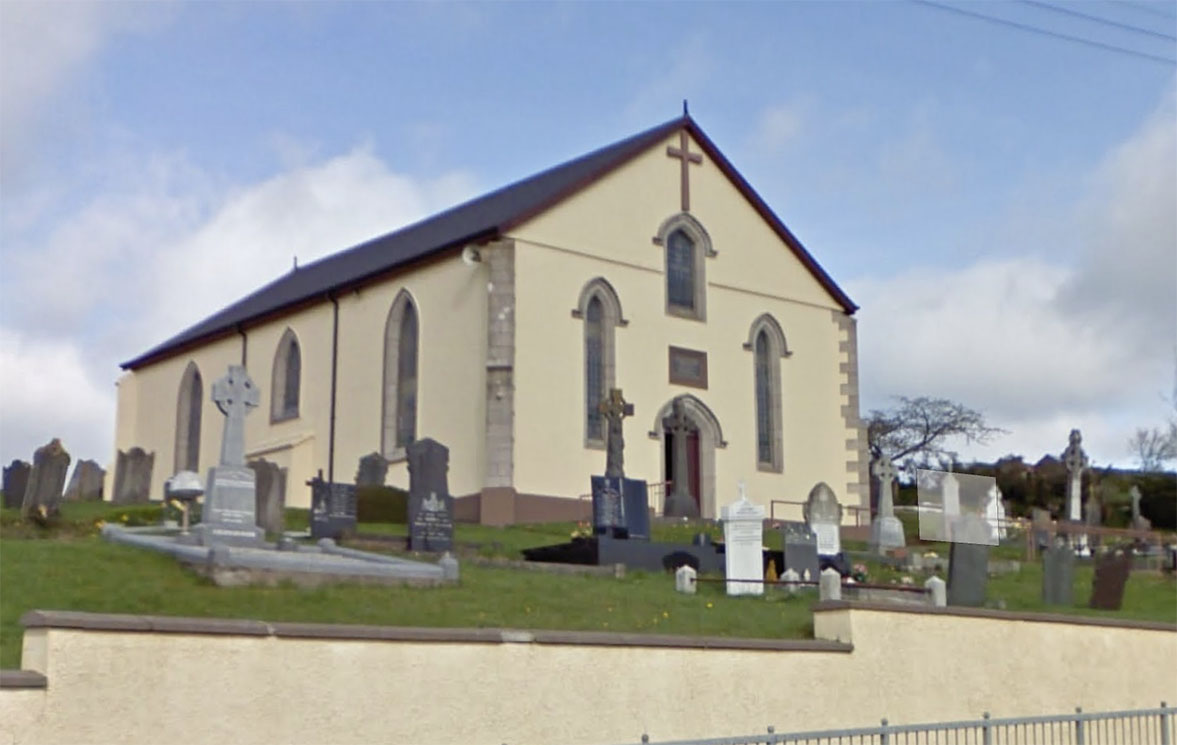 A young man reportedly ran through a Newtownhamilton church before making off with a brass crucifix as shocked parishioners watched on in horror.

According to reports a man, aged in his 20s, entered St Michael’s Church on Dundalk Street around 9.15am.

He ran into the church and turned over the candle shrine which reportedly broke the marble top as it hit the floor.

Jean Rushe took to social media to ask anyone if they saw anything suspicious in the area around that time.

Speaking on the incident, she said: “Thankfully there was no candles lit or it could have been a lot worse. The flooring was damaged.

She added: “He then ran up to the altar and stole a brass crucifix and ran out the door.

“There were two ladies quietly praying in the church who were in shock and fearful, in case he turned on them but thankfully he didn’t! They were very upset and shocked to say the least.”

The incident has been reported to police in Newtownhamilton.

UPDATE: The crucifix has been returned to the church.