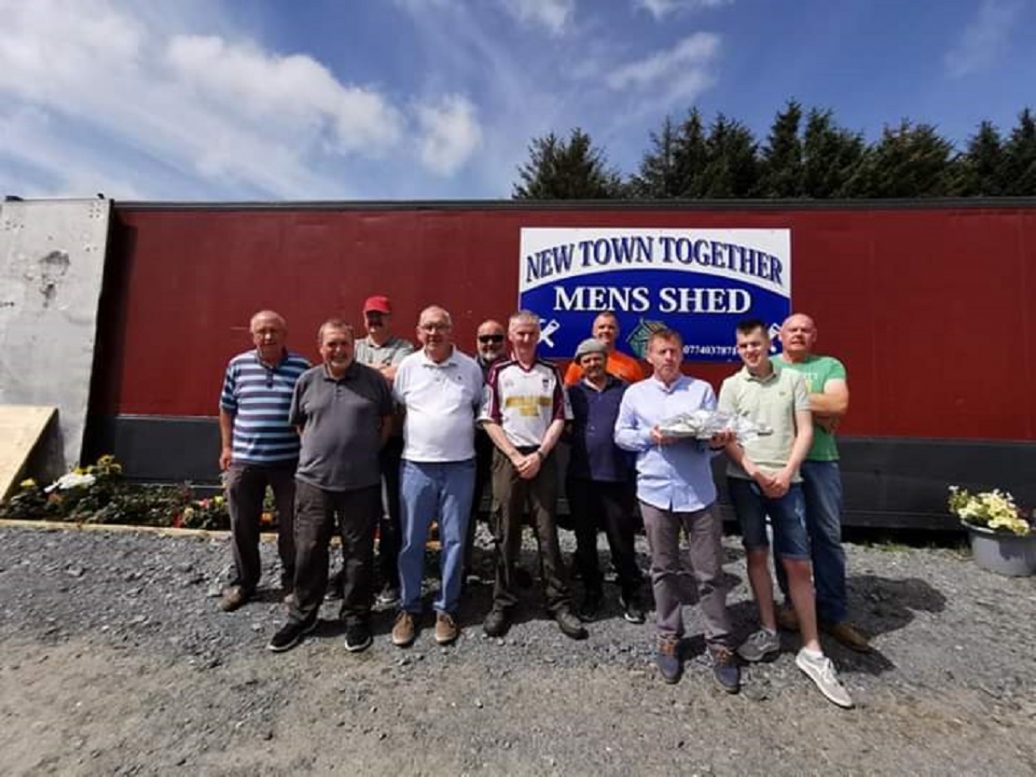 A south Armagh community group centred around well-being, togetherness and creating a greener society, will celebrate its first birthday this month.

New Town Together – a community project in Newtownhamilton – was set up by local resident Pete Haughey.

Despite its moral motives, it hasn’t all been plain sailing for the group with Pete admitting they’ve had to come through some adversity in their first 12 months.

Speaking to Armagh I, the proud Newtown man said he could see the space and the need in the area for a well being group, with such a big focus now on mental wellness.

“It began with a meeting to start a Men’s Shed,” he explained. “At that meeting there were 47 people and out that there were two women, so I thought that there is a need here for women for something to do and so New Town Together came about.”

They group began running  Monday Night activities which were all inclusive, open to both men and women, in the rural hall.

“We started out making window boxes and other bits and pieces,” said Pete. “But every fourth week or so we would have someone in talking about well-being.” 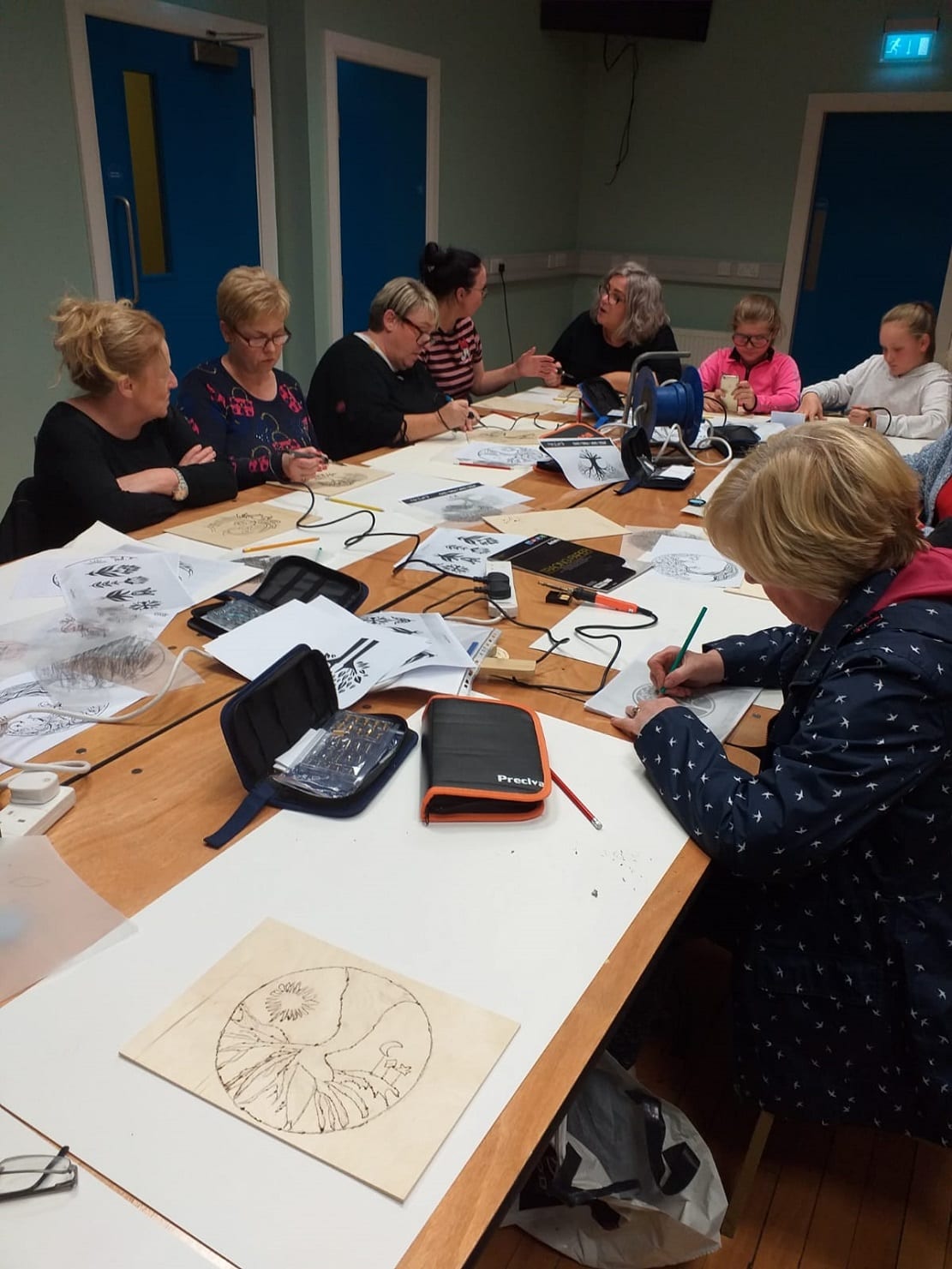 At the minute the members are trying their hand a wood burning.

“Now the first night or two it was nightmare but some of the pieces were beautiful,” Pete laughed.

There is also an environmental wing of the group, who have been working with Friends of Callan River in Armagh, in a program to plant trees. To date the group have planted 120 trees in Newtownhamilton.

On December 14, the group will host an open day of planting, which will be open to local young people to get involved. 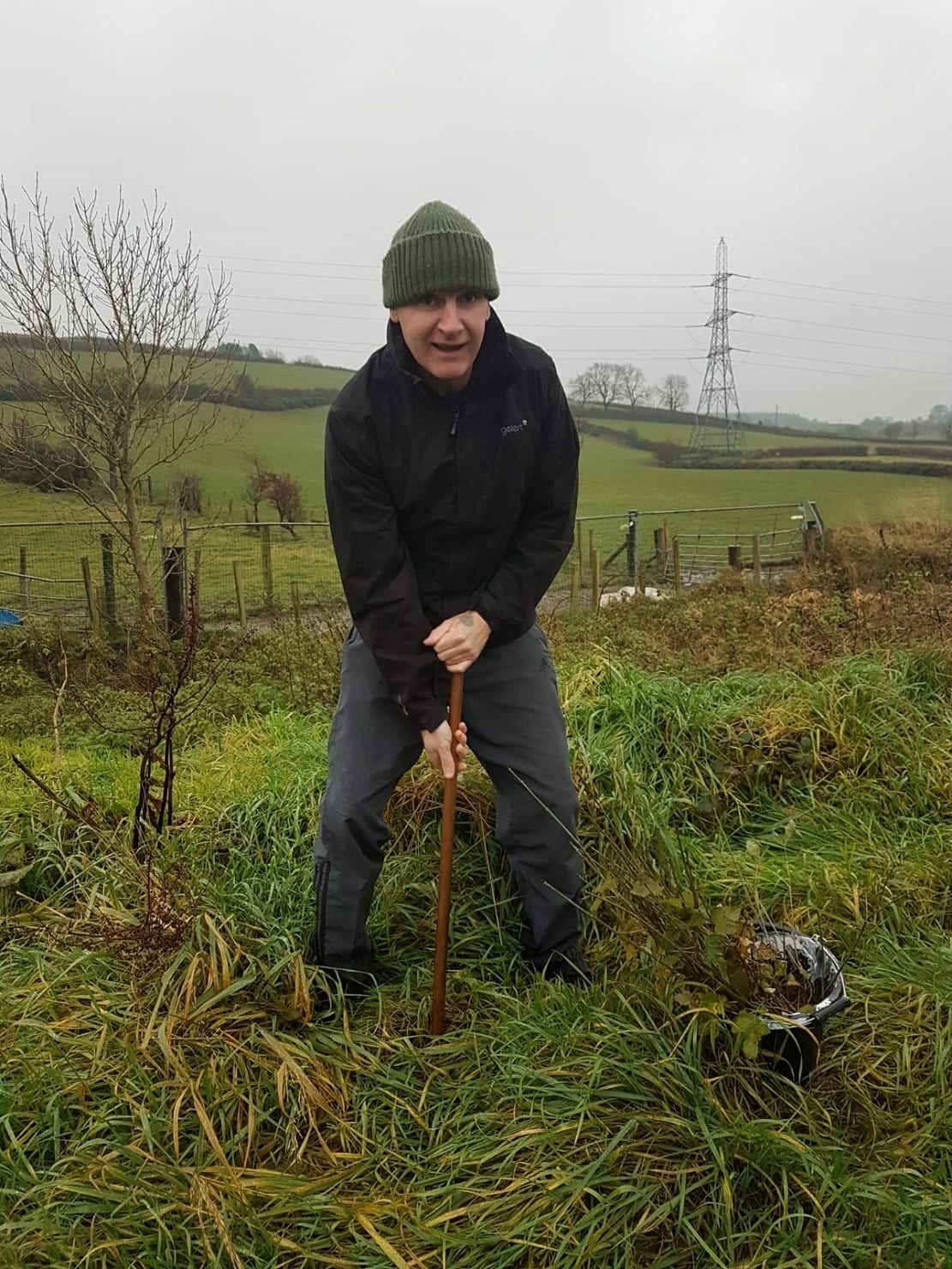 The Men’s Shed operates on Tuesday’s, Thursday’s and Saturday’s, where the men get together to enjoy woodwork and carpentry.

Pete continued: “We had a bit of bother when we first set up, we are working out of a 40ft container, it’s not a big deal but it is all we have and we are only new so we don’t have a lot of money.

“We are trying to get something better but at the moment we are happy to be here; we had a stove donated to us, we did have health and safety out but everything was passed and there has been amazing support since that.”

Despite this, Pete says the struggles and jumping through hoops, have only made the group more dedicated and passionate about what they do.

This clearly shows that Newtownhamilton is lucky to have such a system of support in place as many are having to travel.

In September, the group held an open day which included 30 men’s health checks, with 10 of those being referred on for further investigation.

The group is only going from strength-to-strength with talk of an extra container and polytunnel in the pipeline.

Plans for the future include a Craft Fair on at the Men’s Shed in Newtownhamilton this Friday, December 7 and a first year celebration will take place on December 16.