Bulgarian TV to report on problems of social distancing in Co. Armagh town 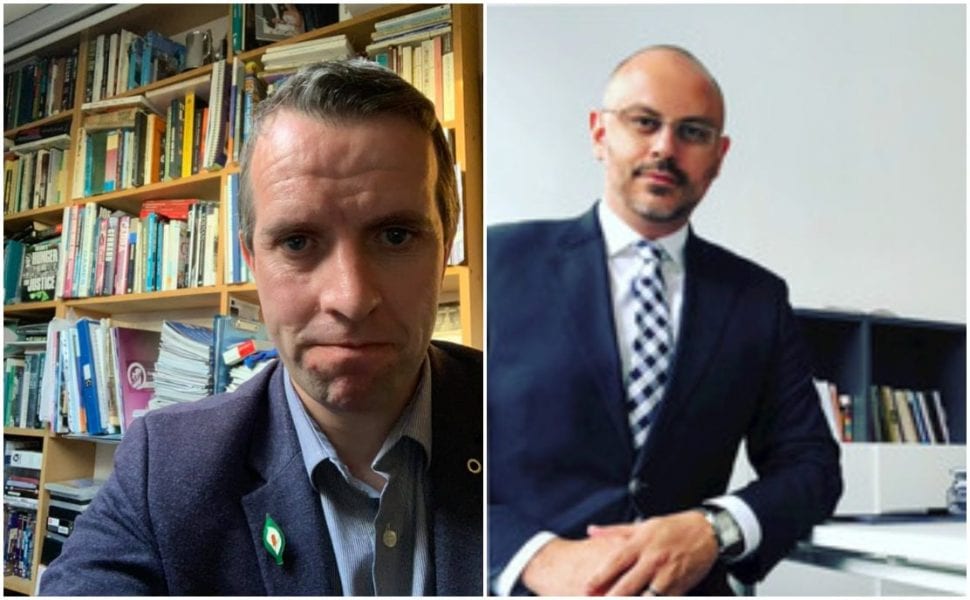 Bulgarian television will report on the ongoing issues around the lack of social distancing within a section of the Bulgarian Roma community in a small Co. Armagh town.

For weeks – ever since the coronavirus outbreak – councillor Barra Ó Muirí has been pleading with the Bulgarian community in Newtownhamilton to adhere to the guidelines around social distancing.

Those measures included going door-to-door and dropping leaflets asking the residents for their co-operation; he even went through the town with a recorded message – translated into Bulgarian – playing through a loudspeaker on the roof of his car.

But those calls for support have repeatedly fallen on deaf ears.

Crowds of people are still gathering along the main street of the south Armagh town – with a group of 18 recorded on Saturday night.

There were also reports of a house party at a property in the town also on Saturday night – the second in a week at the same house.

Speaking on social media on Saturday evening, the Sinn Fein councillor stated: “I have just finished a Skype call with a Bulgarian journalist about the failure of the Bulgarian Roma community to socially integrate into life in Newtown.”

“I told him how fines were needed to curtail the Bulgarian Roma community, and he told me that’s what happens in Bulgaria. This will be reported on Bulgarian TV.”

In the first 10 days of the regulations, the PSNI issued 85 written warnings, however, they have now said a move to the next level of enforcement – £60 fines – is now on the horizon.

Meanwhile, total number of coronavirus-related deaths in Northern Ireland is now 107, with 15 recorded on Saturday – the deadliest 24 hours to date.

The number of confirmed Covid-19 related deaths in the Republic of Ireland is 288 – half of which have died in care homes.