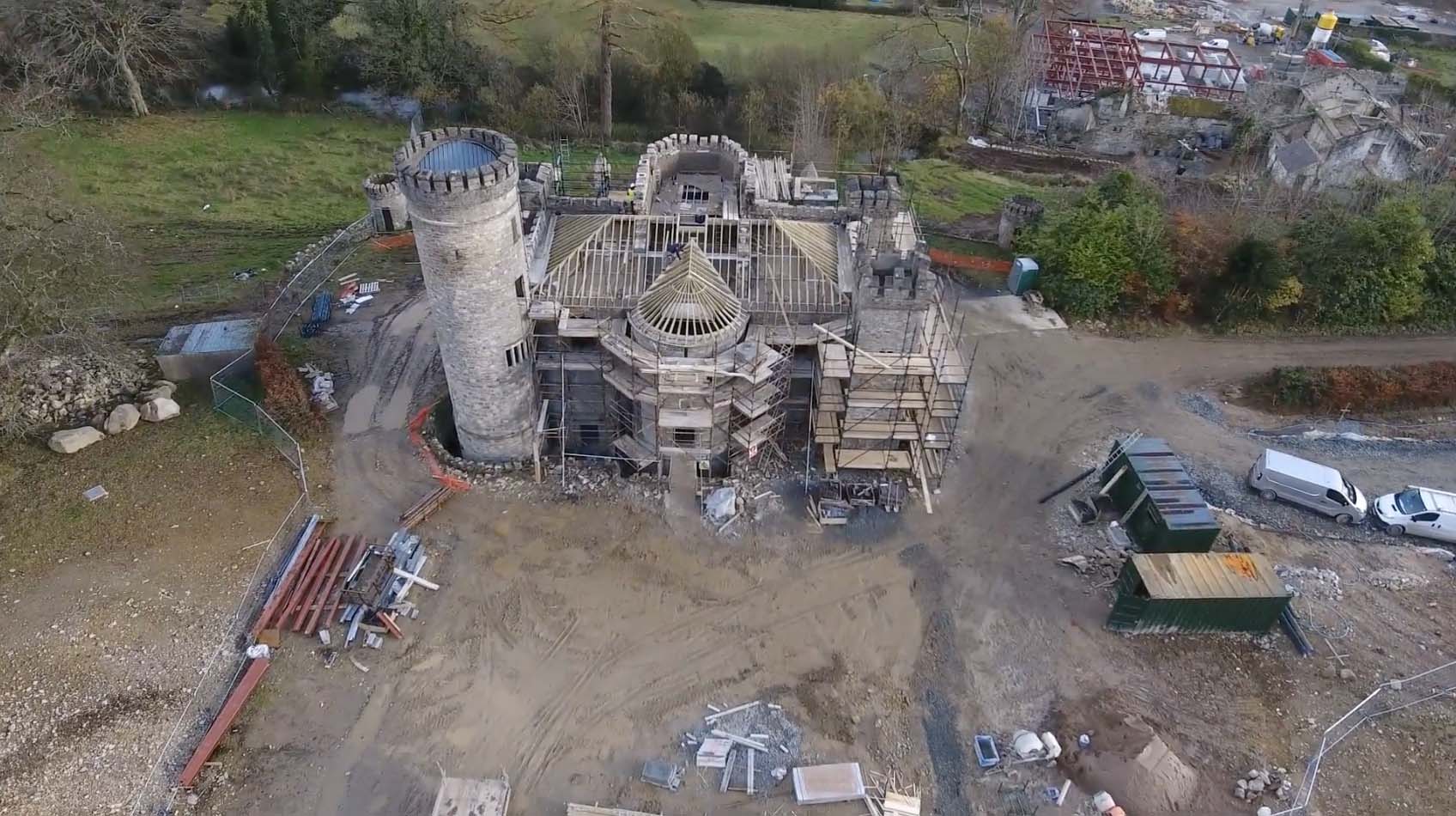 This fantastic aerial footage shows the progress made so far in transforming Killeavy Castle and surroundings into a four-star boutique hotel.

The £4.7m project got underway earlier this year and already there are signs of the hotel and restoration coming to life.

The one minute drone footage (below) shows the work undertaken in November of this year.

The 45-room hotel, spa and wellness centre on the historic estate will sit on the picturesque slopes of Slieve Gullion.

While the hotel is being built, Killeavy Castle, an A Grade listed building, will be fully restored. It will include a basement bar and a three-bedroom suite on the first floor.

The ground floor will connect with a marquee at the rear of the castle and provide space for functions capable of accommodating up to 240 people. The recently completed gatelodge will provide a further three rooms accommodation.

The hotel construction contract was awarded to Abergeldie Complex Infrastructure Limited and the project commenced in early July 2017, after receiving the formal notice to proceed from Invest NI in June.

The hotel is still expected to be open to the public in late 2018.

Mick Boyle of Jaramas Investments NI – the man behind the project – said: “The Killeavy Castle building has deteriorated significantly over the last four years. Much of the structural timber within the building has rotted away. It would not have been much longer before it started to collapse.

“With the contract awarded and the notice to proceed now issued it is both exciting and a relief to finally be getting this project underway. Our first priority has been to make Killeavy Castle, as well as the adjoining old coach house, mill and farm buildings, structurally sound.

“Once that is done we will work toward turning what was fast becoming a collection of ruins on the slopes of Slieve Gullion into one of Ireland’s must-see destinations.

“The setting of Killeavy Castle within the Ring of Gullion is breathtaking. We are certain Killeavy Castle, Hotel and Wellness Centre will become the jewel of South Armagh and be a special destination for people from all over the world,” he added.