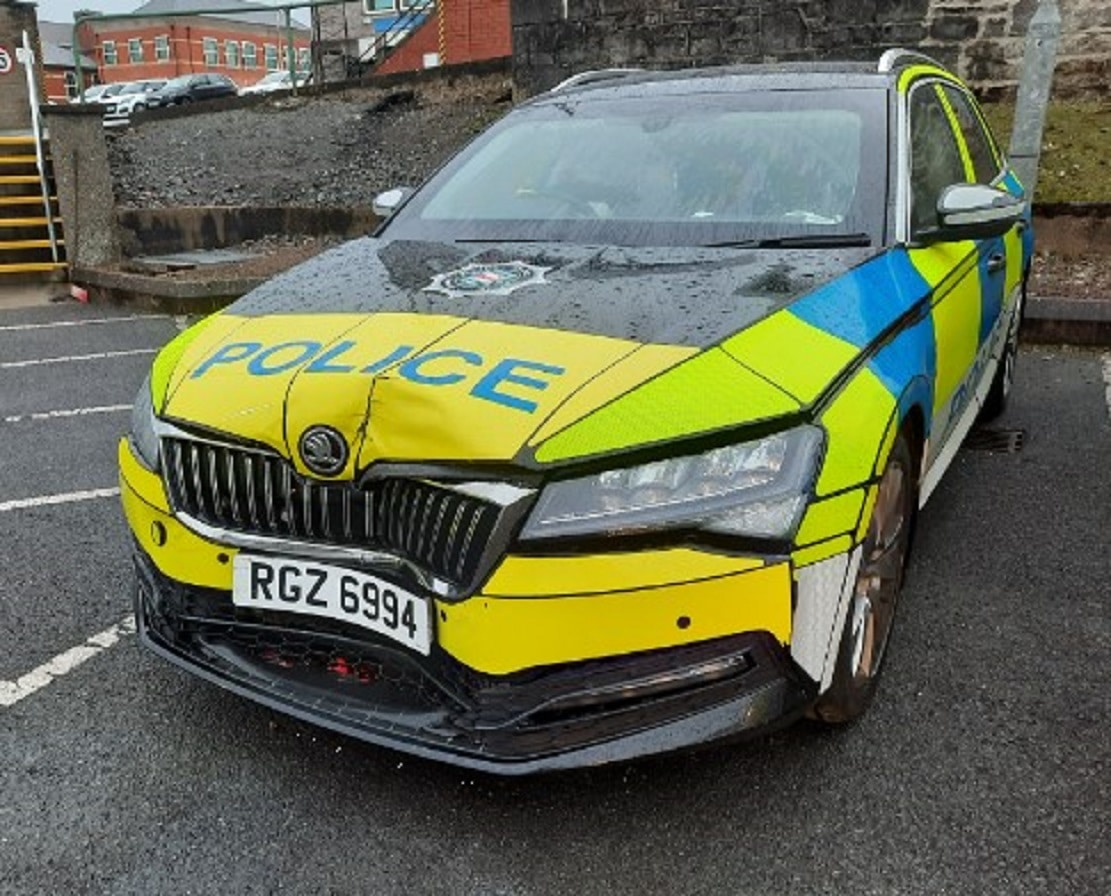 Two men have been arrested following an incident which left three police officers injured in south Armagh in the early hours of this morning (Thursday).

District Commander for Newry, Mourne & Down, Superintendent Norman Haslett said: “At approximately 1.40am, officers stopped a vehicle that was driving erratically in the Flagstaff Road area of Cloughoge.

“The vehicle stopped briefly however then proceeded to repeatedly ram two police patrol vehicles causing injuries to three police officers, one of whom required treatment in hospital.

“Two men were arrested at the scene.

“A 32 year old man was arrested on suspicion of a number of offences including driving with excess alcohol and driving whilst disqualified.

“A 30 year old man was also arrested on a number of offences including causing danger to road users and possession of class B and class C controlled substance.

“Both remain in police custody at this time.

“Our police officers work tirelessly at all hours of the day and night on behalf of the community to keep the community safe. This type of behaviour is dangerous and reprehensible and it needs to stop. I wish the officers who have been injured as a result a speedy recovery.

“I would appeal to anyone who may have witnessed the incident or who may have dash-cam or CCTV footage that could assist us with our enquiries to contact police on 101 quoting reference 103 of 05/01/23.”

Alternatively, a report can be made using the online reporting form via www.psni.police.uk/makeareport. Information can also be provided to Crimestoppers anonymously on 0800 555 111 or online at www.crimestoppers-uk.org.