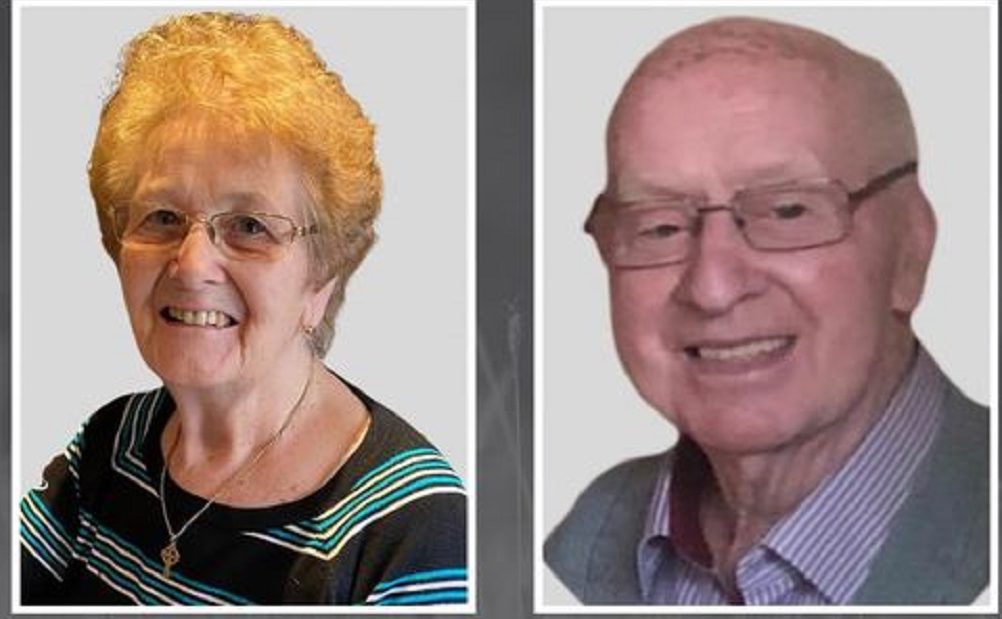 A Newry husband and wife, described as a “lovely couple” and “great friends and neighbours”, have died within two days of each other.

The couple, of Violet Hill Avenue, were parents to Gary, Kevin, Andrea, Sean and Darren. They also had 11 grandchildren, one of whom predeceased them, as well as a great-granddaughter.

Mrs McElroy’s funeral has been due to take place today (Friday) but was postponed after the death of her husband.

Sincere condolences to all the family. Both Eileen and Sean were lovely neighbours to us especially to my mummy … Many’s a craic they had over the garden fence.”

The couple are also survived by a wide family circle.