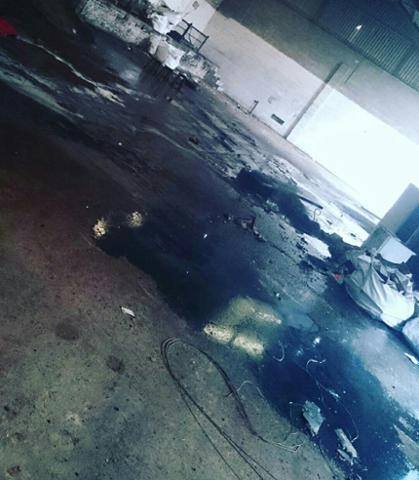 Three young people – the youngest just nine years of age – had to be rescued from a fire at a disused factory which they had started “for a laugh”.

The PSNI and Northern Ireland Fire and Rescue Service attended the blaze at the premises on Canal Street in Newry. The NIFRS crew commander informed police that a member of the public had alerted fire personnel to three young people “messing about in the grounds of the factory” just before the fire broke out.

The PSNI – who have thanked Fire and Rescue for their assistance – said: “Firefighters entered the building where three young persons  – youngest nine years old – were hiding in a corner masked by dark smoke.

“They were safely rescued with only very minor smoke inhalation.

“Having spoken to the kids they thought they would start a small fire for ‘a laugh’.”

A senior fire officer had said that, had the children been located “one minute later”, they would not have survived due to smoke inhalation.

Fortunately police were able to return the children to their families.

In an appeal to be alert, the PSNI urged: ”
return these children to their families. “Parents, on this half term week please be aware of what your children are doing!”