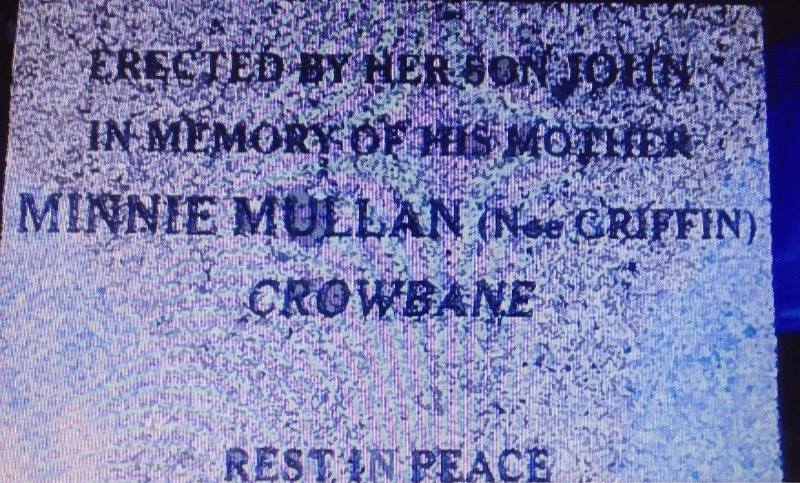 The gravestone says ‘Rest in Peace’, but unfortunately sick scum do understand the meaning of the words.

In an all new low, thieves have stolen an actual gravestone, lovingly erected by a son in memory of his mother.

The theft happened at the Sheeptown Graveyard in Newry. It was in place on Saturday, January 16, but was found to be missing from the grave on Sunday past, February 8.

The inscription reads: “Erected by her son John. In memory of his mother. Minnie Mullan (Nee Griffin). Crowbane. Rest In Peace.”

The theft has understandably caused considerable upset to the family and the police have appealed for help in finding the gravestone – and those who took it.