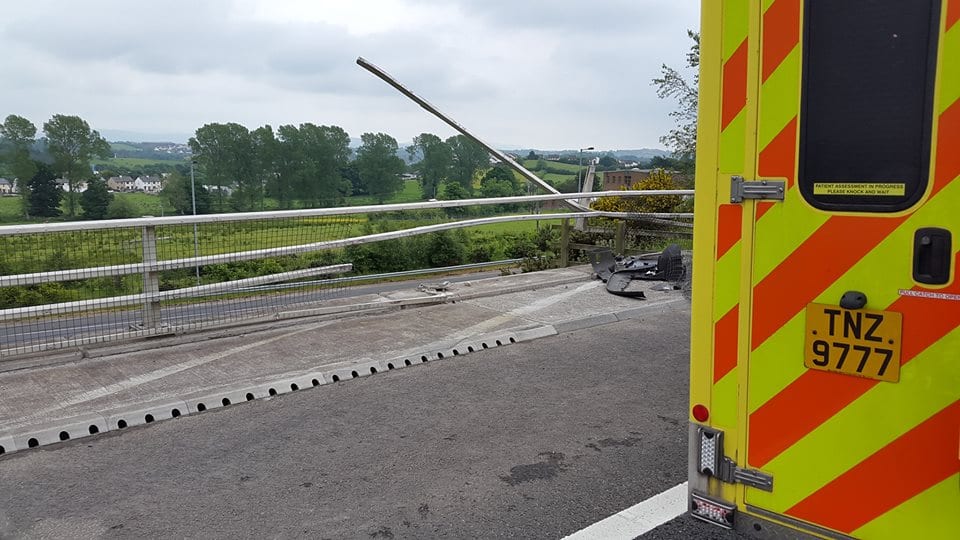 Up to four vehicles were involved in a road traffic collision near the Carnbane Industrial Estate at Newry.

Ambulance and fire personnel attended the scene, along with the PSNI, who described it as a “major incident”.

It happened on the A1 Dublin Road, near the southbound turnoff for Armagh.

Both lanes of the dual carriageway had been closed to motorists travelling south and one lane remained closed for repairs.

According to the PSNI in Newry, a crash barrier stopped a car from plummeting 30 feet on to the carriageway beloe.

“Thankfully no one was seriously injured,” they said.

And they advised motorists: “Slow Down, Respect everyone’s journey and pay attention when driving!”

Damage to roadside barrier after crash on A1 in Newry pic.twitter.com/oB5qUVhdME