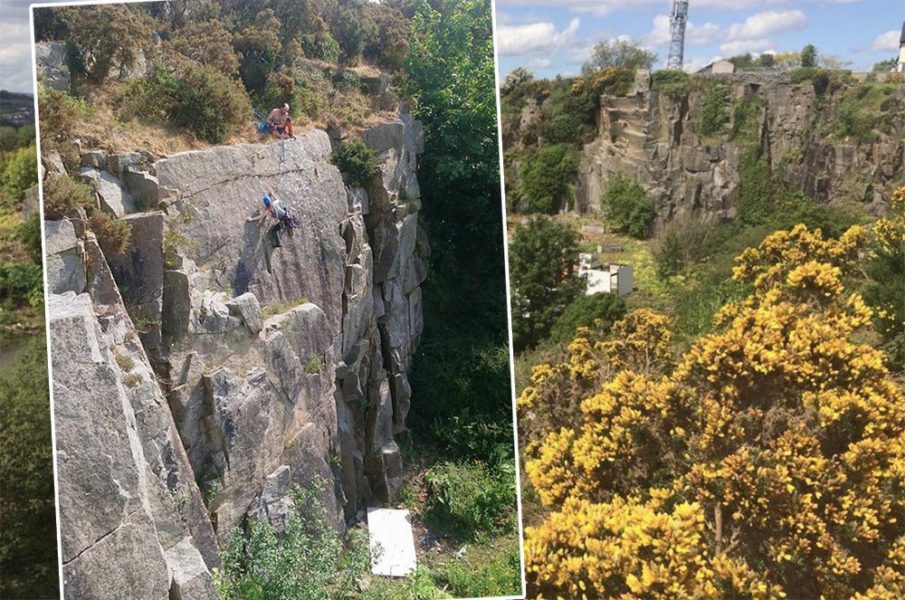 Plans are afoot to transform a disused quarry in Newry into “one of the best rock climbing sites in Ireland”.

Mountaineering Ireland’s proposals to radically change the operations within the abandoned Moorhill Quarry – situated off the Moor Hill Road in the city – have been given the thumbs up by Newry, Mourne and Down District Council Council’s Active & Healthy Communities Committee.

However, it is still very early days in discussions, but Mountaineering Ireland believe they can see massive potential for tourism from the across Ireland, the UK and Europe.

The company say the acquisition of the quarry in some form would be a “significant boost for a rapidly developing sport”.

Their detailed business case states that Moorhill quarry “is the most exciting new site in Ireland and will be considered as an all-island facility”.

It adds: “With climbing on artificial walls now an Olympic sport, there has been a consequent rise in participation in outdoor sport and traditional climbing and most people climb across the disciplines, with those introduced to climbing on indoor walls progressing on to outdoor climbing and developing a broad skill set.

“Moorhill is the ideal venue for developing those transitional skills. Its location, on the main Belfast/Dublin axis, makes it very accessible to the two main population centres on the island and also an attractive venue for visitors from Britain or Europe.

“Publicity of the high quality rock climbing available at, for example, Fair Head and in the Mournes has significantly increased the number of climbing tourists coming to Ireland and the addition of Moor Hill will give rise to additional visitor stays in the region.”

In more recent years, there has been Airsoft activities on the site but most of that has lain derelict and dormant for some time. Moorhill Quarry as it is today

Mountaineering Ireland also stated that the “frequent presence of climbers as a significant deterrent to anti-social behaviour”.

The business case outlines a number of options but the company’s preferred choice going forward would be that Council retains ownership of the quarry and permits public climbing activities, with Mountaineering Ireland advising the Council on the management of climbing activities and facilitating a local climbers/Council liaison group “which could incorporate an element of volunteer maintenance work”.

They say the model for this arrangement is Dalkey Quarry where climbing “has taken place for generations without any issues for the Council and significant benefits to the local community and wider society”.

External funding for the project will be required to develop toilet, changing facilities and car parking for visitors.

“Outdoor activities have always been an important part of helping with mental health and wellbeing, and now during these difficult times, activities like this have become vitally important, a much needed lifeline in every sense of the word.

“Also a big thank you to Councillor Karen Mckevitt for seconding the recommendation and to all of the councillors for the great support.”