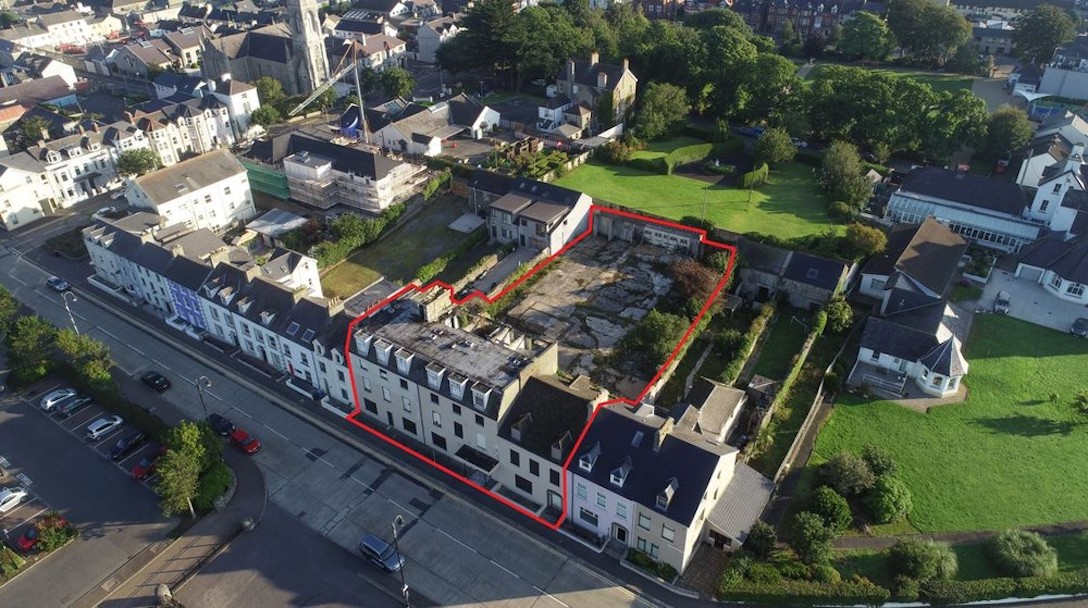 A derelict hotel in the centre of Warrenpoint has gone on the market – much to the delight of one local councillor.

Mark Gibbons has long-campaigned for action to a building he described as “once one of the many gems that Warrenpoint had to offer”.

“The decaying front facade hides a tangled mess of collapsed floors and fractured walls, with rats and pigeons being the only guests availing of its sorrowful state. It is absolutely criminal that this once grand building has been left to rot for over two decades,” Mr Gibbons told Armagh I one year ago.

However, news that the building has been listed – for a princely sum of £695,000 – has been met with optimism by the Independent councillor.

“I am delighted to finally see the Old Carlingford Bay/Osbourne Hotel site up for sale.

“This has been a long-standing issue for the town and one that I’ve grappled with personally since becoming a councillor, with the odd grey hair making an appearance at times.

“Everyone will have thoughts and ideas regarding what should happen to the site. The main thing is, finally, we have some positive developments for the people of Warrenpoint. Great news.”

Marketing for the property, describes the site as benefitting from extensive frontage and commands uninterrupted views across Carlingford Lough and beyond to the Cooley Mountains.

The sale, it says, of this prime waterfront site represents one of the few remaining opportunities to acquire an undeveloped site on the Carlingford Lough coastline.

Outline Planning Permission, although expired, has previously been granted for apartments and townhouses.